The airline says that a lower court decision to allow flight attendants to take rest breaks could lead to “nationwide havoc in the airline industry." File Photo by Kevin Dietsch/UPI | License Photo

May 26 (UPI) -- California-based flight attendants are getting support from President Joe Biden's administration in a legal battle with Virgin America over meal and rest breaks.

The flight attendants contend that the airline is violating California labor law by denying the meal and rest breaks on flights in the state.

In a court filing with the U.S. Supreme Court from the solicitor general, Biden's administration is siding with the flight attendants -- saying that they are guaranteed the breaks.

The solicitor general's filing argues that a lower court ruling that grants the breaks should stand without further review in the high court.

"In the view of the United States, the petition for writ of certiorari should be denied," the filing states.

Virgin America says that it should not have to comply with the California labor law for flight crews because the airline says it's expressly preempted by the federal Airline Deregulation Act.

The high court must now determine whether California-based flight attendants on flights in the state are entitled to the breaks under state or federal authority.

The group of flight attendants won their case in the lower Ninth Circuit last year, but Virgin America appealed the complaint to the Supreme Court.

The airline says that the lower court's decision to allow the breaks could lead to "nationwide havoc in the airline industry" and force carriers to staff more flight attendants and pilots and ultimately "displace" passengers. 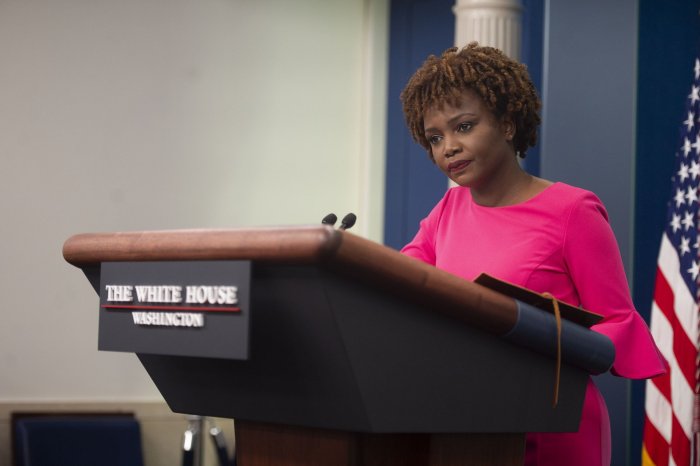 U.S. News // 2 hours ago
Biden urges Senate to abandon filibuster to codify legal abortion into federal law
June 30 (UPI) -- President Joe Biden said on Thursday that favors eliminating the filibuster in the U.S. Senate after the Supreme Court struck down Roe vs. Wade and removed national protections for legalized abortion.

U.S. News // 5 hours ago
Earthquake felt in northern part of South Carolina for the second time in a week
June 30 (UPI) -- A 3.5 magnitude earthquake shook an area near Elgin, S.C. on Wednesday, its second measurable earthquake within a week, according to the U.S. Geological Survey.
Advertisement