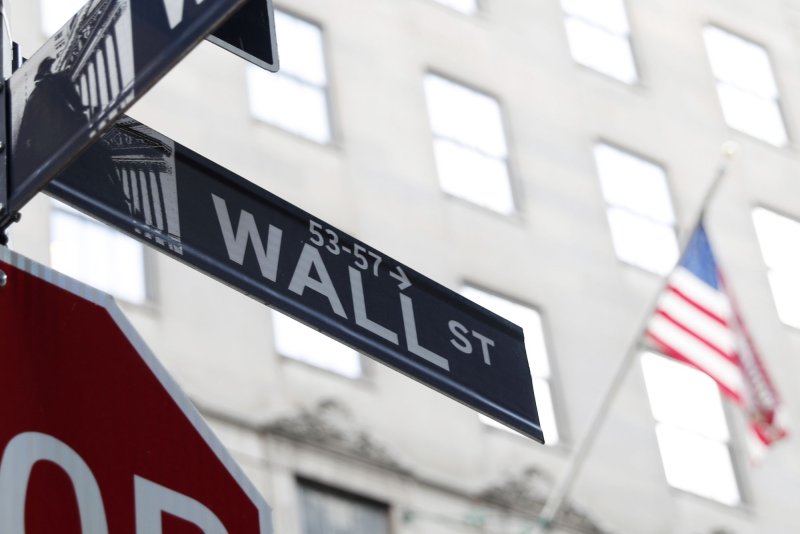 The Dow Jones Industrial Average gained 191 points as the Federal Reserve indicated it plans to continue to aggressively hike interest rates in minutes from its May meeting. File Photo by John Angelillo/UPI | License Photo

May 25 (UPI) -- U.S. markets climbed on Wednesday after minutes from the Federal Reserve's May policy meeting showed the central bank plans to aggressively raise interest rates.

Following the meeting of the Federal Open Market Committee earlier this month the central bank decided to raise interest rates by a half-point, its largest increase since 2000.

Minutes from the meeting showed that "most participants judged that" additional half-point increases "would likely be appropriate" in its next few meetings.

"They also noted that a restrictive stance of policy may well become appropriate depending on the evolving economic outlook and the risks to the outlook," the minutes said, citing Russia's invasion of Ukraine and COVID-19 lockdowns in China as potential factors.

James Liu, founder and CEO of Clearnomics, told Yahoo Finance that the remarks reflected a "new chapter of the inflation story."

"If you'll recall, last year it started with whether it's transitory -- turns out, it wasn't. Then it became about the Fed at the end of last year and earlier this year, whether or not they would tighten significantly. And they did, and now that's all priced in," Liu said.

The yield on the 10-year treasury note changed little following the release of the minutes, settling at 2.75%.

Retail names also were at the forefront for the second consecutive day Wednesday, with shares of Nordstrom rising 14.02% after beating sales expectations and increasing its full-year outlook.

Dick's Sporting Goods stock also rose 9.69% on positive earnings, while Best Buy gained 8.97% after being downgraded from Barclays on the heels of mixed earnings.

Shares of Kohl's also rose 11.89% amid a report that bidders were seeking to acquire the company.

Wednesday's gains put the major averages on pace for a winning week despite posting losses on Tuesday.

Chevron shareholders to vote on withholding payments to Myanmar

U.S. News // 51 minutes ago
Biden urges Senate to abandon filibuster to codify legal abortion into federal law
June 30 (UPI) -- President Joe Biden said on Thursday that favors eliminating the filibuster in the U.S. Senate after the Supreme Court struck down Roe vs. Wade and removed national protections for legalized abortion.

U.S. News // 3 hours ago
Earthquake felt in northern part of South Carolina for the second time in a week
June 30 (UPI) -- A 3.5 magnitude earthquake shook an area near Elgin, S.C. on Wednesday, its second measurable earthquake within a week, according to the U.S. Geological Survey.