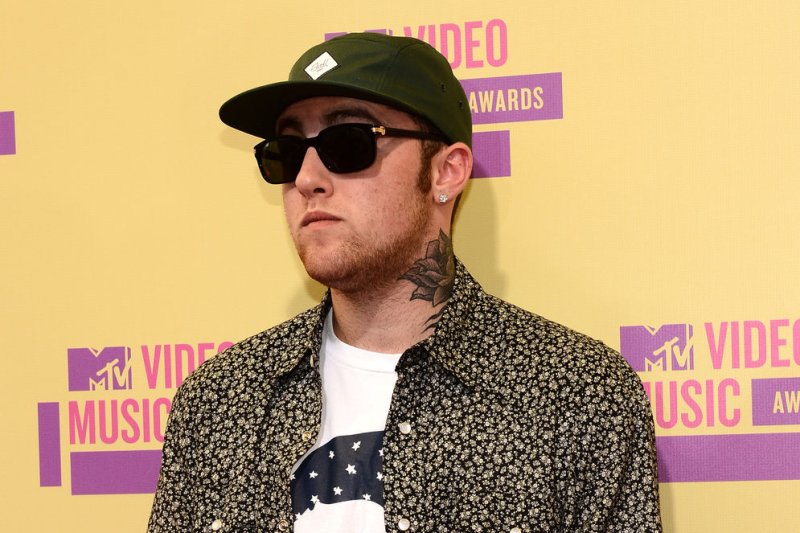 Stephen Andrew Walter, 49, was sentenced to 210 months in prison for distributing fentanyl-laced pills that led to the 2018 overdose death of rapper Mac Miller. File Photo by Jim Ruymen/UPI | License Photo

May 16 (UPI) -- A Los Angeles man was sentenced to more than 17 years in prison Monday for distributing fentanyl-laced pills that led to the 2018 overdose death of rapper Mac Miller.

Walter agreed to plead guilty last year to one count of fentanyl distribution after he told a runner on Sept. 4, 2018, to distribute counterfeit oxycodone pills containing fentanyl.

The runner then gave the pills to Miller's drug dealer who provided them to the rapper, born Malcom James McCormick, three days before he died of what a coroner described as a "mixed drug toxicity" of fentanyl, cocaine and alcohol.

"The court has elected not to accept that plea agreement. So, sir, if you want, at this point, you can withdraw your guilty plea and go to trial," Wright said. "I may as well lay it out, OK. When you continue to engage in this activity even after your activities have killed someone I'm having a tough time not staying within the guidelines."

Walter was one of three people indicted in Miller's death along with the runner and Miller's dealer.

Ryan Reavis, 39, pleaded guilty to the distribution charge and was sentenced to nearly 11 years in prison in April, while the case against a third defendant, 30-year-old Cameron Pettit, is pending.

U.S. News // 53 minutes ago
Biden urges Senate to abandon filibuster to codify legal abortion into federal law
June 30 (UPI) -- President Joe Biden said on Thursday that favors eliminating the filibuster in the U.S. Senate after the Supreme Court struck down Roe vs. Wade and removed national protections for legalized abortion.

U.S. News // 3 hours ago
Earthquake felt in northern part of South Carolina for the second time in a week
June 30 (UPI) -- A 3.5 magnitude earthquake shook an area near Elgin, S.C. on Wednesday, its second measurable earthquake within a week, according to the U.S. Geological Survey.