The House and Senate returned to the U.S. Capitol in Washington, D.C., on Monday to face a litany of issues and proposals that will factor in to the 2022 midterm elections in November. File Photo by Kevin Dietsch/UPI | License Photo

April 25 (UPI) -- Federal lawmakers returned to Capitol Hill on Monday after their spring recess to face a plate full of pressing issues -- including more funding to fight COVID-19, Russia's war in Ukraine and immigration matters.

The House and Senate are back in session, which is expected to shift toward a special political tone ahead of the midterm elections in November. There are several unaddressed matters before both chambers that require immediate attention.

One of the top issues on the congressional agenda is new aid to Ukraine. President Joe Biden promised last week another $1.3 billion in new aid and Secretary of State Antony Blinken elaborated on that support during a trip to Kyiv over the weekend.

Congress will also address Biden's request for $22.5 billion in supplemental COVID-19 spending, which includes money for testing, treatments, therapeutics and preventing future outbreaks. The proposal was previously stripped from an earlier funding bill and the president has asked Congress to take another look at it. In the Senate, Democrats are divided on the proposed spending. 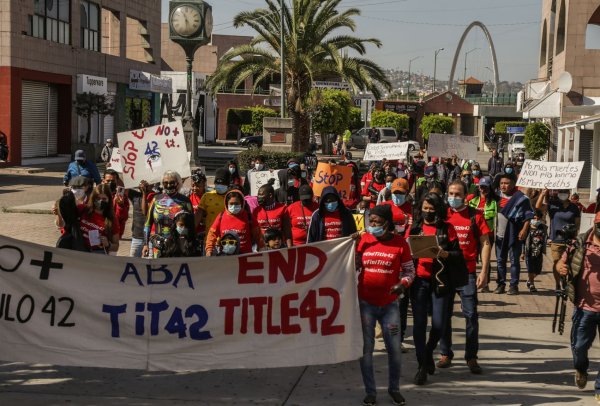 On immigration, some of the same splits have emerged as the White House is planning to drop Title 42.

The law was used by former President Donald Trump -- citing COVID-19 concerns -- to deny immigrants seeking asylum at the southern border. The measure has remained in place under Biden, but it's scheduled to be repealed next month. Congress is expected to sign off on the repeal.

Amid the controversy of the measure, Biden is caught between immigration advocates who have denounced it and Senate Democrats from southern states who want to keep it in place.

"Whenever Title 42 is lifted, there is likely, almost certainly, to be a surge [in immigration]," Doris Meissner, of the Migration Policy Institute, told NPR. "It will, no matter what, be perceived by intending migrants, and most importantly by smugglers, as the time to come."

Other issues facing lawmakers include proposals to control inflation, which is perhaps the single greatest obstacle to Democrats hoping to maintain control of the House and Senate in November, and Biden's sweeping social spending plan.

A number of House and Senate seats are up for grabs this fall and Democrats are under increasing pressure to score some legislative victories amid Biden's low approval figures recently.

"My sense is this is a make-or-break moment," Sen. Chris Van Hollen, D-Md., said according to The Washington Post. "This will be the moment people have to look at each other, eyeball to eyeball, and make a determination of whether we'll move forward."

U.S. News // 49 minutes ago
Memphis weather delays Tyre Nichols funeral
Feb. 1 (UPI) -- The funeral service for Tyre Nichols is set to take place in Memphis. The Rev. Al Sharpton is delivering the eulogy for Nichols and Vice President Kamala Harris is in attendance

U.S. News // 2 hours ago
U.S. refinery slump leaves oil in storage
Feb. 1 (UPI) -- Refineries in the U.S. south were hobbled by a cold snap in December and inclement weather in Texas in late January.

U.S. News // 5 hours ago
California defies Western neighbors, submits separate Colorado River rescue plan
Feb. 1 (UPI) -- California submitted its own plan to cut water usage from the Colorado River -- defying a proposed deal with the U.S. by six other Western states in a race to save one of the nation's most critical natural resources.