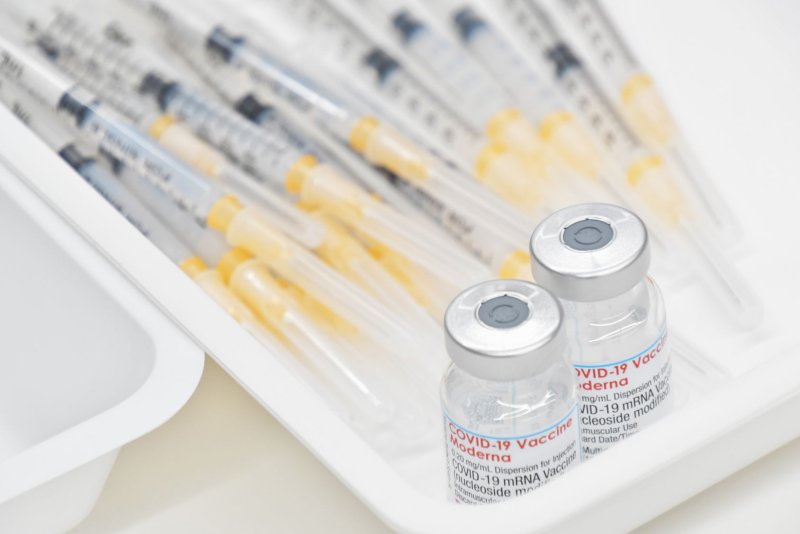 April 19 (UPI) -- Moderna announced Tuesday its redesigned COVID-19 booster ignites a stronger immune response against the Beta, Delta and Omicron variants than the shots currently on the market.

Moderna tested the new vaccine on 895 participants in a clinical trial. Some participants received a 50-microgram dose and others received 100 micrograms. After six months, those who received a 50-microgram dose of the new vaccine doubled their antibodies against the Omicron variant compared to the original booster, and increased their antibody levels against the Delta variant.

The booster was "generally well-tolerated" by participants who received both the 50-microgram and 100-microgram doses, with some reports of soreness at the injection site, fatigue and muscle pain, the company said.

Moderna is testing another vaccine that could be available as early as this fall. It targets the Wuhan strain and 32 mutations in the Omicron variant. The Food and Drug Administration said it will wait until June to decide whether new COVID-19 shots targeting variants are needed.

Some FDA committee members, including Dr. Paul Offit, said it is not up to the biotech companies to decide, CNBC reported.

"You often hear that the company now has an Omicron-specific vaccine, or vaccine they can now link with the influenza vaccine. It shouldn't come from them, it really has to come from us," he said.

RELATED FDA approves 2nd booster of Pfizer, Moderna vaccines for 50 and over

U.S. News // 7 hours ago
More than two-thirds of shoppers struggling to pay for groceries
Dec. 7 (UPI) -- Grocery bills are too expensive for the average American and customers are changing their shopping habits, according to a survey released Wednesday.
Advertisement