A Shell station in downtown San Francisco, Calif., on March 6 shows prices above $6 per gallon. On Thursday, the company said it expects to take a heavy hit in revenues due to the war in Ukraine. Photo by Terry Schmitt/UPI | License Photo

April 7 (UPI) -- Russia's war in Ukraine has had a ripple effect on the global oil market for the last few weeks and producing giant Shell said on Thursday that the fighting has already cost billions.

The company announced that it expects to charge as much as $5 billion for the first quarter of 2022 due to its decision to pull out of Russia to punish Moscow for its bloody invasion, which entered its seventh week on Thursday.

"The post-tax impact from impairment of non-current assets and additional charges (e.g. write-downs of receivable, expected credit losses, and onerous contracts) relating to Russia activities are expected to be $4 to $5 billion," Shell said in a statement Thursday.

The company already had contracts with Russian producers before the sanctions, which it says it must stick to. 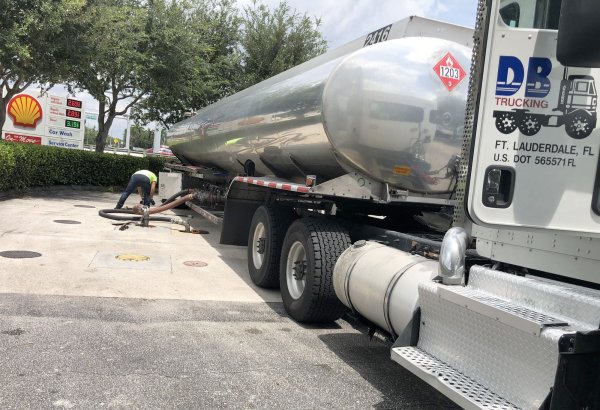 Shell USA President Gretchen Watkins and other oil company executives appeared in Congress on Wednesday to answer questions about higher gas prices and concerns about potential price gouging in the industry. File Photo by Gary I Rothstein/UPI

"Shell has not renewed longer-term contracts for Russian oil, and will only do so under explicit government direction, but we are legally obliged to take delivery of crude bought under contracts that were signed before the invasion," the company said, adding that the situation is fluid and will likely require multiple revisions for the rest of the year.

"The current volatile state of oil markets and the ongoing efforts to reduce term volumes of Russian sourced feedstock, may mean this formula will be updated on quarterly basis."

A month ago, Shell said it intended to withdraw from involvement in Russian hydrocarbons -- which include crude oil, petroleum products and gas -- in a phased manner. At the time, in view of Russia's aggression, CEO Ben van Beurden apologized for a recent deal for Russian oil and said the decision to make that deal was "not the right one and we are sorry."

Russia-related disruptions to the global oil market, including Biden's outright ban, have helped push gas prices higher in the United States. According to AAA, the national average was $4.15 per gallon on Thursday -- a decline of about 1 cent from Wednesday and 7 cents from a week ago.

AAA said earlier this week that another Biden decision -- to release 180 million extra barrels of oil from the strategic reserve over the next six months -- has already helped bring prices down.

Shell USA President Gretchen Watkins and other oil company executives appeared in Congress on Wednesday to answer questions about higher gasoline prices and concerns about potential price gouging in the industry. On Monday, ExxonMobil announced that first-quarter profits may exceed $9 billion.

"All these profits while Americans are getting taken for a ride at the gas pump," House energy and commerce Chairman Frank Pallone Jr., D-N.J., said at the hearing.

The executives pointed out that their companies don't set gas prices and were unanimous in condemning reports of price gouging at the pump.

"We have no tolerance for price gouging," Chevron CEO Michael Wirth told the panel. "We are pursuing the responsible development of oil and gas while investing to advance a lower carbon future."

Vice President Kamala Harris speaks at the opening gala of the Afro-Atlantic Histories exhibit at the National Gallery of Art on Thursday. Photo by Joshua Roberts/UPI | License Photo

U.S. News // 7 hours ago
Officials close 2 Long Island beaches after unprecedented shark attack
July 3 (UPI) -- Officials in Long Island closed two beaches to swimming on Sunday after a lifeguard participating in a training exercise was attacked by a shark.

U.S. News // 21 hours ago
Gunman kills two civilians, injures three officers in Texas shootout
July 3 (UPI) -- A Texas gunman killed two people and injured a third Saturday before a shootout with law enforcement that left three police officers injured in Haltom, which is part of the Dallas-Fort Worth region