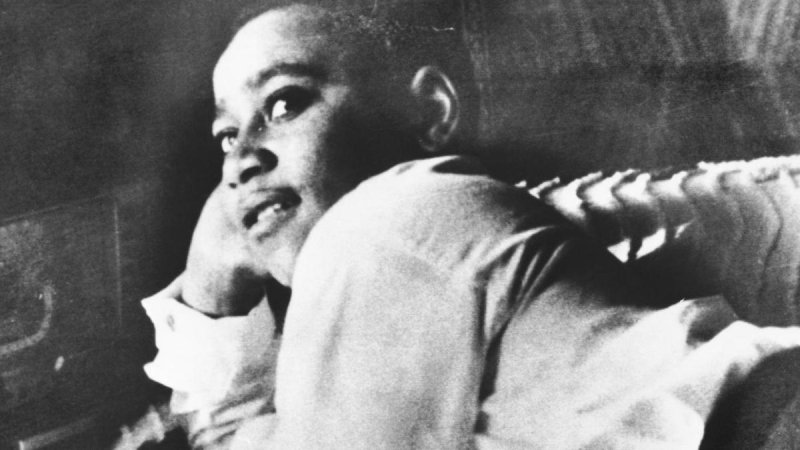 The Emmett Till Ant-lynching Act, which the Senate passed Monday, was named after the 14-year-old boy who was killed in the summer of 1955 by two White men on accusations of whistling at a White woman. File Photo courtesy of Rep. Bobby Rush

March 8 (UPI) -- The Senate has sent the Emmett Till Anti-lynching Act 2022 to the desk of President Joe Biden to sign it into law and make lynching a federal hate crime.

The bill was passed by Senate lawmakers through unanimous consent on Monday after the House voted 422-3 in its favor last week.

"After more than 200 failed attempts to outlaw lynching, Congress is finally succeeding in taking a long overdue action by passing the Emmett Till Anti-lynching Act. Hallelujah, it's long overdue," Senate Democratic leader Chuck Schumer said from the floor.

He said the first anti-lynching law was introduced more than a century ago and that it took this long to criminalize lynching is a "bitter stain on America."

"While this will not erase the horrific injustices to which tens of millions of African Americans have been subjected over the generations nor fully heal the terror inflicted on countless others, it is an important step forward as we continue the work on confronting our nation's past in pursuit of a brighter and more just future," the senator from New York said.

The bill specifically amends the main criminal code of the federal government to include lynching as a hate crime, and punishes those convicted of conspiring to commit the offense resulting in death or serious bodily injury to no more than 30 years' imprisonment.

The instrument of lynching was the public killing of a person who has not go through the court system, the NAACP said on its website, adding that it was used by White people to terrorize and control Black people in the United States but particularly in the South during the 19th and 20th centuries.

"A typical lynching involved a criminal accusation, an arrest and the assembly of a mob, followed by seizure, physical torment and murder of the victim," it said, adding that it was often a public spectacle "in celebration of White supremacy."

Emmet Till, the bill's namesake, was a 14-year-old Chicago boy who was visiting family in Money, Miss., in the summer of 1955 when he was kidnapped and brutally beaten by two White men who accused him of whistling at a White woman.

His nude body was retrieved days later from a river. He was shot in the head and weighed down by a 125 pounds of metal.

Following his death, his mother, Mamie Till-Mobley, demanded an open casket during his funeral so the more than 50,000 attendees could see the violence inflicted upon her son. A photograph of the deceased boy lying in the coffin was instrumental in galvanizing activists fighting for civil rights.

"I am overjoyed with the Senate passage of the Emmett Till Anti-lynching Act," said Sen. Cory Booker, D-N.J. "The time is past due to reckon with this dark chapter in our history and I'm proud of the bipartisan support to pass this important piece of legislation."

The bill being sent to Biden's desk follows Senate lawmakers early this year passing a bill to posthumously award Emmett Till and his mother the Congressional Gold Medal, the U.S. Congress' highest civilian honor.

It has yet to be voted on in the House.

U.S. News // 1 hour ago
U.S. national debt surpasses $31T for first time
Oct. 5 (UPI) -- The United States' national debt has surged past $31 trillion for the first time ever amid soaring inflation, rising interest rates and fears of a possible recession.

U.S. News // 2 hours ago
U.S. to give another $625M in military assistance to Ukraine
Oct. 4 (UPI) -- The Biden administration announced an additional $625 million in military assistance for Ukraine on Tuesday that includes several advanced rocket systems, which officials say have been integral to Kyiv's defense.

U.S. News // 6 hours ago
Secret recording played at Oath Keepers trial captures alleged plans 'to fight'
Oct. 4 (UPI) -- A secret recording, played on the second day of the trial of five Oath Keepers members, appeared to support the government's claim that the group planned to bring weapons to Washington, D.C.

U.S. News // 10 hours ago
Report: Elon Musk moving forward with Twitter bid
Oct. 4 (UPI) -- Shares of Twitter closed up more than 22% on the New York Stock Exchange on Tuesday after a report that billionaire Elon Musk had submitted a new bid to purchase the social media company.

U.S. News // 10 hours ago
Amazon freezes corporate hiring in retail
Oct. 4 (UPI) -- Amazon is freezing corporate hiring for its retail business amid a period of slow growth for the tech giant.