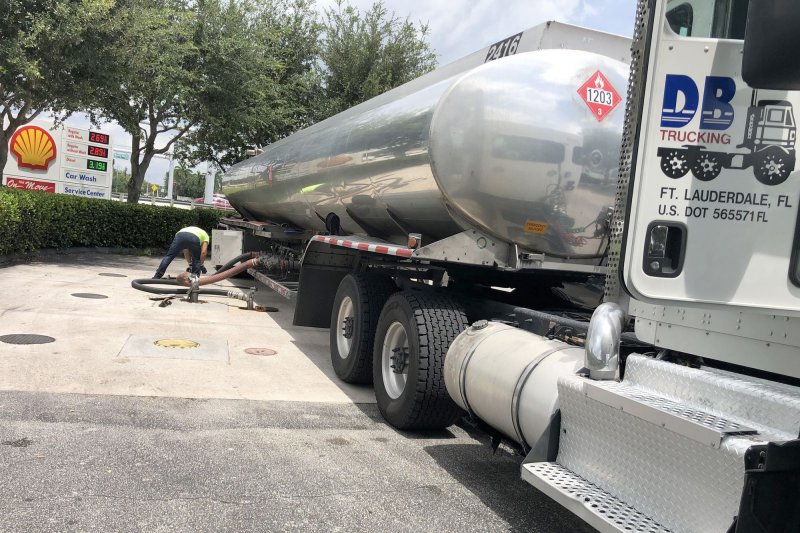 The proposal introduced on Wednesday would also require fuel dealers and producers to reduce their prices to reflect the temporary suspension. According to AAA, the average price for gasoline in the U.S. is $3.47 per gallon. File Photo by Gary I Rothstein/UPI | License Photo

Feb. 9 (UPI) -- Two Democratic lawmakers proposed a bill on Wednesday to suspend the federal gasoline tax through the end of this year, to ease the burden on millions of American drivers who are paying more at the pump.

Wednesday, Sens. Mark Kelly, D-Ariz., and Maggie Hassan, D-N.H., introduced the Gas Prices Relief Act -- which proposes suspending the federal tax of 18.4 cents per gallon through the end of 2022.

"Arizonans are paying some of the highest prices for gas we have seen in years and it's putting a strain on families who need to fill up the tank to get to work and school," Kelly said in a joint statement.

The most expensive gasoline in the United States is found in California ($4.68 per gallon), Hawaii ($4.43) and Washington ($3.95), according to AAA. File Photo by Jemal Countess/UPI

"This bill will lower gas prices by suspending the federal gas tax through the end of the year to help Arizona families struggling with high costs for everything from gas to groceries."

"People are feeling a real pinch on everyday goods, and we must do more to help address rising costs, particularly the price of gas," Hassan said, adding that the bill would make a "tangible difference" for workers and families.

The bill would amend the 1986 Internal Revenue Code to provide the temporary gas tax holiday. If passed, the gas tax would return on Jan. 1.

The proposal would also require fuel dealers and producers to reduce their prices to reflect the temporary suspension.

The national average for gasoline in the United States is $3.47 per gallon, according to AAA. 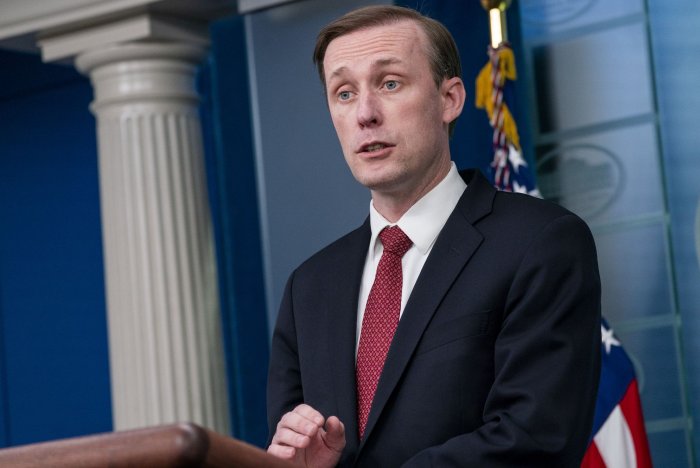 National security adviser Jake Sullivan responds to questions from the news media during the daily press briefing at the White House on Thursday. Sullivan responded to questions about reports of an imminent invasion of Ukraine by Russia. Photo by Shawn Thew/UPI | License Photo
RELATED U.S. inflation rose in 2021 at quickest rate since 1982; Biden says there are positive signals

Fueled by oil and gas prices, eurozone sees another record rise of inflation

U.S. News // 3 hours ago
Senate 'vote-a-rama' continues after Inflation Reduction Act advances
Aug. 7 (UPI) -- The U.S. Senate continued its "vote-a-rama" overnight into Sunday morning on amendments to a bill that tackles health care and taxes and provides the largest-ever investments into green energy in American history.