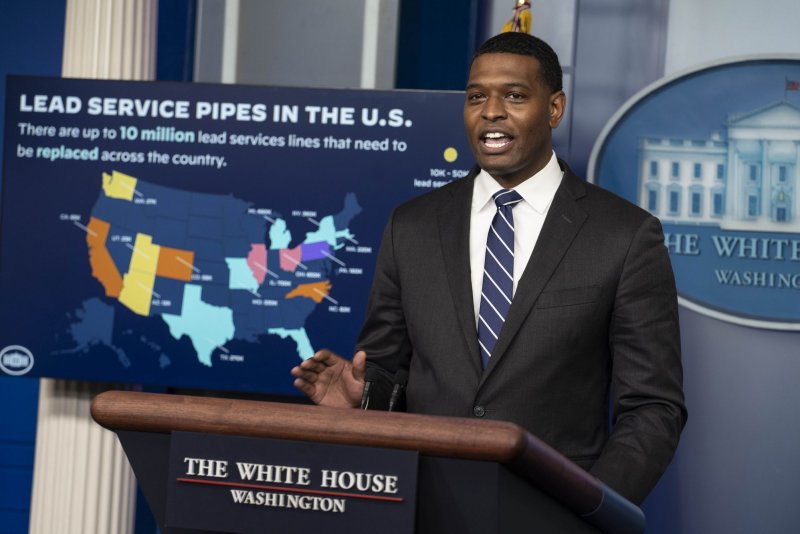 Jan. 26 (UPI) -- The Environmental Protection Agency on Wednesday announced it will vastly increase enforcement of the nation's environmental regulations through unannounced inspections at non-compliant facilities as part of a larger plan to improve air and water quality.

The plan is also intended to respond directly to "concerns of communities historically and disproportionately impacted by pollution."

EPA Administrator Michael S. Regan, who was confirmed to the position in March, said the inspections are aimed at protecting public health, informed by a tour he took of communities.

"In every community I visited ... the message was clear: Residents have suffered far too long, and local, state and federal agencies have to do better," Regan said a press release Wednesday. "The pollution concerns have been impacting these communities for decades. Our actions will begin to help not only the communities I visited on this tour, but also others across the country who have suffered from environmental injustices."

In a call with reporters Tuesday, Regan said "folks have been waiting long enough" for the government to take stronger action on environmental issues.

Regan traveled to Mississippi, Louisiana and Texas to tour communities that have had significant health issues tied to clean air and clean water.

In a tweet on Wednesday, Regan said that during his tour he "heard countless stories of environmental injustices -- from people sickened by the air they breathe to kids missing school because the water isn't safe."

The EPA said its new "Pollution Accountability Team" will provide strong environmental compliance and monitoring in the South. The plans calls for the combination of high-tech air pollution monitoring with inspectors on the ground to address pollution and enhance enforcement.

On my #JourneytoJustice tour, I heard countless stories of environmental injustices - from people sickened by the air they breathe to kids missing school because the water isn't safe.

U.S. News // 8 hours ago
Man sought in shooting death of mom pushing baby stroller arrested in NYC
July 2 (UPI) -- The father of an infant whose mother was shot dead while pushing the baby's stroller on the Upper East Side of New York City earlier this week has been arrested.

U.S. News // 12 hours ago
Bodies of mother, 3 children recovered from Minnesota lake
July 2 (UPI) -- Minnesota police are investigating a possible triple-homicide after the bodies of a woman and her three children were recovered from a lake in Ramsay County.