Bongino's main YouTube account was then banned after posting a video allegedly trying to circumvent the suspension on his secondary channel, The Hill reported.

Both accounts have been removed and Bongino won't be able to create a new one, YouTube said.

Bongino had said in a video earlier this week that he was planning to leave YouTube, where he had 900,000 subscribers.

Rumble has risen in popularity among conservatives during the pandemic.

He wrote two books about his secret service work -- "Life Inside The Bubble" in 2013 and "The Fight: A Secret Service Agent's Inside Account of Security Failings and the Political Machine" in 2016. 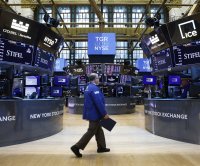