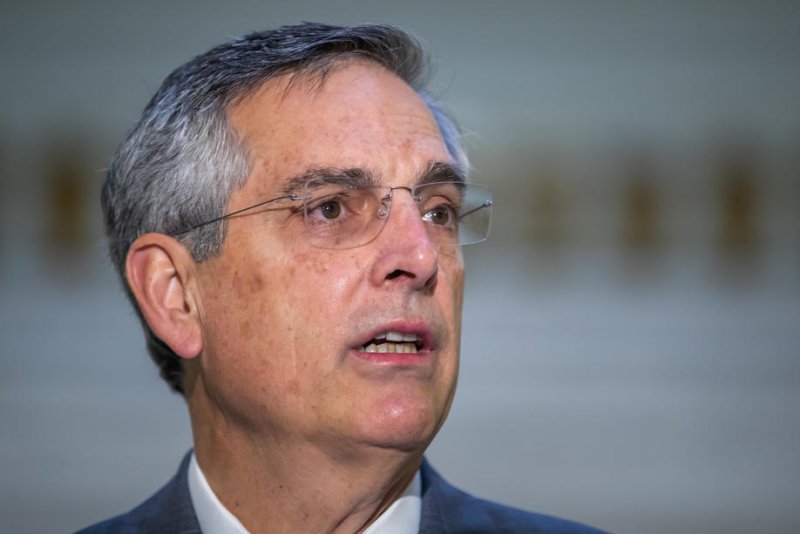 Georgia Secretary of State Brad Raffensperger was the target of numerous death threats after the 2020 election. A Texas man was arrested Friday and charged with threatening unnamed election officials in Georgia. File photo by Erik S. Lesser/EPA-EFE

Jan. 21 (UPI) -- A Texas man accused of threatening to kill multiple Georgia officials over the 2020 election was arrested Friday.

Prosecutors allege that Chad Christopher Stark, in a Jan. 5, 2021, Craigslist post, called on "Georgia patriots" to kill an election official, accused the official of being a "Chinese agent" and offered a $10,000 bounty.

"It's our duty as American Patriots to put an end to the lives of these traitors and take back our country by force we can no longer wait on the corrupt law enforcement in the corrupt courts," the post read, according to the charging document from a Georgia district court.

The document doesn't name the three officials that were targeted in the post.

Election workers in Georgia received threats from people who believed that the 2020 election results had been manipulated against former President Donald Trump.

Trump himself targeted Gov. Brian Kemp and Secretary of State Brad Raffensperger in his tweets and public statements.

Raffensperger detailed accounts of death threats he and his family received, stating that he strongly condemns threats against election workers.

RELATED Biden expects Russia to 'move in' on Ukraine, warns of 'severe cost' for Putin

The Jan. 6 committee charged with investigating the Capitol riots found on Friday that Republicans cast fraudulent unofficial votes for Trump. They signed certificates claiming they were qualified to represent seven states, including Georgia.

Stark was charged with one count of interstate threats, which carries a possible sentence of up to five years in prison. His warrant for arrest was signed Tuesday.

He's expected to appear in federal court in Austin, Texas, on Friday afternoon.

U.S. News // 3 hours ago
House Dems pass bill to target domestic terrorism in wake of Buffalo shooting
May 19 (UPI) -- Democratic lawmakers in the U.S. House of Representatives have passed legislation to combat domestic terrorism by creating offices throughout the country to target such threats.

U.S. News // 5 hours ago
U.S. charges Queens author with spying on dissidents for China
May 18 (UPI) -- United States has charged a Chinese American academic and author who helped start a pro-democracy organization in the United States of spying for years on Chinese immigrants and dissident communities for Beijing. 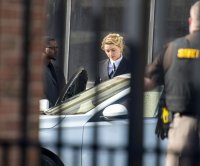 U.S. News // 9 hours ago
Massachusetts man diagnosed with 1st U.S. case of monkeypox in 2022
May 18 (UPI) -- Officials in Massachusetts on Tuesday confirmed a U.S. case of the monkeypox virus as concerns over the rare disease grow with multiple countries announcing infections.