WASHINGTON, Jan. 18 (UPI) -- The fate of a Pissarro painting estimated at $40 million rests in the hands of the Supreme Court after justices heard oral arguments Tuesday in a long-running case concerning ownership of the painting, which was seized by the Nazis from a Jewish family at the beginning of World War II.

Wrestling with procedural legal issues, the question before the court takes a deep dive into whether California or Spanish law ought to apply in the case and what tests courts should use to make that decision.

Previous lower court rulings have been split over whether the California-based heirs of the painting's original owner can pursue legal action in U.S. federal courts against the Spanish art gallery that possesses the 1897 Impressionist oil-on-canvas painting.

Paul Cassirer, a German art dealer who was Jewish, bought the painting at the turn of the century, and it was inherited by his heir, Lilly Cassirer.

The Nazis expropriated the painting from her in exchange for safe passage from Germany for her and her family in 1939.

From there, the painting's journey became messy, changing ownership several times in the United States unbeknownst to the Cassirer family, who believed the painting to be lost.

In 1958, Lilly Cassirer reached a settlement with the German Federal Republic for compensation and received about $13,000 from the German government.

The painting returned to Europe in the 1990s, and eventually was purchased by the Thyssen-Bornemisza Collection Foundation, which is financially backed by Spain.

After the Cassirer heirs learned that the foundation had put the painting on display in Madrid, they sought its return and filed a claim in California, where Lilly's grandson lived.

The Cassirer heirs argue that under California common law, the gallery is unlawfully possessing the painting, since thieves of personal property cannot pass on the painting's title.

But under Spanish law, ownership looks at the physical location of the object. If Spanish law applies, the title for the painting is held by the museum.

The battle over which set of laws apply has played out for close to two decades as the courts debated which legal tests to use to make the determination.

On Tuesday, Thaddeus Stauber, a lawyer for the collection, asked the Supreme Court to make recommendations on how federal courts ought to approach these kinds of cases because the legal tests that could apply vary by state.

"Welcome to the United States: That's how the courts work," Chief Justice John Roberts told Stauber. "And a private citizen of the United States who moves from New York to Ohio, the law that applies to him is going to change, as well."

Throughout the hearing, the justices focused predominantly on the specific legal questions, with the court rarely referencing the Pissarro painting. But toward the end of the hearing, Justice Stephen Breyer posited: "Can everyone agree that this is a beautiful painting?"

A decision in the case is expected by the end of June. 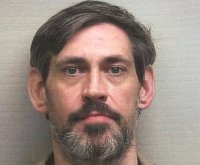