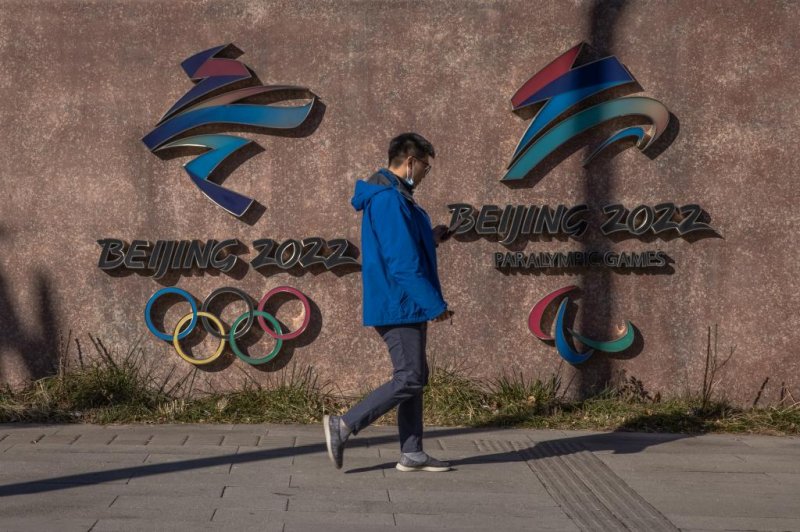 U.S. lawmakers are asking the International Olympic Committee to prove that uniforms for the upcoming Beijing Winter Games were not made with forced labor in Xinjiang Province.  File Photo by Roman Pilipey/EPA-EFE

Jan. 13 (UPI) -- A bipartisan group of U.S. lawmakers is asking the International Olympic Committee for answers about uniforms for the upcoming Beijing Winter Games made with cotton from Xinjiang Province, where China is accused of widespread human rights abuses.

The Congressional-Executive Commission on China sent a letter Wednesday to IOC President Thomas Bach seeking clarification on the group's contracts with a pair of manufacturers, Anta Sports and Hengyuanxiang Group, which have stated publicly that they source cotton from Xinjiang.

Cotton produced in Xinjiang is "synonymous with forced labor and the systematic repression that takes place there," the CECC letter said.

"There is a worrisome possibility that IOC personnel or others attending the 2022 Olympic Games will be wearing clothing contaminated by forced labor," it continued.

Researchers say that at least 1 million predominantly Muslim Uyghurs have been held in re-education camps in Xinjiang Province, and have been subject to abuses that include torture, forced labor and forced sterilization. China denies all allegations.

In December, U.S. President Joe Biden signed the Uyghur Forced Labor Prevention Act into law, banning imports from Xinjiang unless suppliers are able to prove "by clear and convincing evidence" that the products are not made with forced labor.

The United States also announced last month that it would not send diplomatic or official representation to the Beijing Olympics over what White House spokeswoman Jen Psaki called China's "ongoing genocide and crimes against humanity in Xinjiang and other human rights abuses."

U.S. News // 10 hours ago
Tuskegee Airman Charles McGee dies at age 102
Jan. 17 (UPI) -- Brig. Gen. Charles McGee, a decorated Air Force pilot and one of the last surviving members of the Tuskegee Airmen, the all Black squadron of World War II, has died. He was 102.

U.S. News // 20 hours ago
Man drowns in Ohio River trying to save naked woman
Jan. 16 (UPI) -- A man who tried to save a naked woman who jumped into freezing and "turbulent" water of the Ohio River in Kentucky is believed to have drowned during his efforts Thursday, authorities said.

U.S. News // 21 hours ago
Extreme cold after major snowstorm to send Midwest, East into deep freeze
A brutally cold punch of Arctic air is expected to arrive in the United States next week, reinforcing winter across the Midwest and much of the East on the heels of this weekend's major snowstorm.