Asian man beaten in April in NYC dies from his injuries 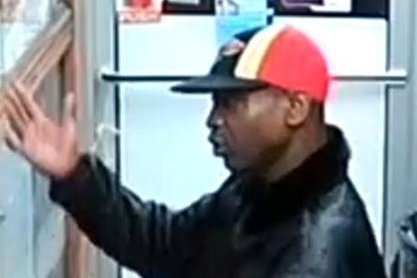 Jan. 8 (UPI) -- An Asian man who was repeatedly kicked in the head during an attack in the East Harlem neighborhood of New York City in April has died from his injuries.

Yao Pan Ma, a 61-year-old immigrant from China, was collecting cans and bottles to recycle for extra cash on April 23, 2021 after he was laid off from his restaurant job during the pandemic.

Surveillance footage shows the moment a homeless man attacked him and stomped on his head at least six times while he lied motionless on the ground, leaving him in a coma at Harlem Hospital.

Ma had died from his injuries on Dec. 31, and his death has since been ruled a homicide, the NYPD said in a press release Saturday.

Jarrod Powell, 49, was arrested after the attack and charged with attempted homicide and two counts of hate crime assault. It was not immediately clear if the district attorney's office would upgrade Powell's charges now that Ma has died.

Powell is being held at the Vernon C. Bain Center and is expected to next appear in court on Feb. 10.

"My husband will call me daily to make sure I know he got home safely. But that night he didn't call me, so I was worried," Chen said at the time.

She said Ma was "a kind person" and "not the type to cause trouble." Along with Chen, Ma leaves behind two adult children.

U.S. News // 6 hours ago
National Archives tells House Oversight Committee it is still missing records from Trump officials
Oct. 1 (UPI) -- The National Archives and Records Administration penned a letter to the House Oversight Committee on Friday revealing that it has not received certain records from the administration of former President Donald Trump.

U.S. News // 10 hours ago
3-year-old killed during road rage incident in Chicago
Oct. 1 (UPI) -- A 3-year-old boy was shot and killed while in a car with his mother on the Southwest side of Chicago.

U.S. News // 17 hours ago
At least 35 killed by Hurricane Ian in Lee County, Fla., sheriff says
Oct. 1 (UPI) -- At least 35 people were killed in the Florida county that absorbed the most direct hit from Hurricane Ian earlier this week, the area's sheriff said Saturday.

U.S. News // 13 hours ago
Forecasters monitoring what's next in the Atlantic in wake of Ian
As Ian unravels across the mid-Atlantic states, meteorologists are monitoring the Atlantic basin where new tropical storm development may soon happen.