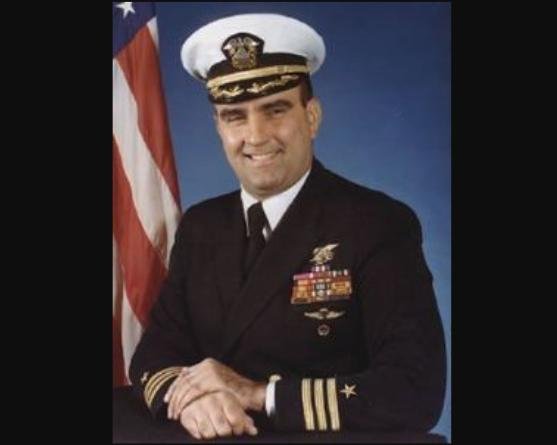 Dec. 27 (UPI) -- Richard Marcinko, a Vietnam veteran, author and the first commander of the U.S. Navy's famed SEAL Team Six counter-terrorism unit, died on Saturday, according to his family. He was 81.

The Navy SEAL Museum's Facebook page and his son Matt Marcinko reported his death on social media on Sunday. They said he died on Christmas Day.

"We lost a hero, who's also known as The Rogue Warrior, the retired Navy SEAL commander and the creator of SEAL Team Six, my father, Richard Marcinko. His legacy will live forever," Matt Marcinko said in a tweet. "The man has died a true legend."

"Dick Marcinko played a very unique part in SEAL history, leaving a legacy like no other," the museum said in a post to its Facebook page. "'Demo Dick' is considered the United States' premier counter-terrorism operator. We send our deepest sympathies to his family, teammates, and friends."

Marcinko led a number of missions during the Vietnam War, including an assault on Ilo Ilo Hon in 1967 that killed many enemy troops and Viet Cong.

"The North Vietnamese Army placed a bounty on his head, payable to anyone who could capture and kill him," the museum said.

"Marcinko was never caught; he went on to be awarded the first of four Bronze Stars, as well as a Vietnamese Cross of Gallantry and the Silver Star."

Last night, Christmas evening, we lost a hero, who's also known as The Rogue Warrior, the retired Navy SEAL commander AND the creator of SEAL Team Six, my father, Richard Marcinko. His legacy will live forever. The man has died a true legend. Rest In Peace Dad. I love you forever pic.twitter.com/QG0cG2qjoo— Matt Marcinko (@yungspecter) December 26, 2021

In 1979, Marcinko was one of two members of the Navy chosen for a task force to develop a plan to free 52 American hostages who were being held at the U.S. Embassy in Iran in an episode that would later be known as the Iran Hostage Crisis.

The result was an attempt to rescue the hostages that went bad in the Iranian desert. Eight members of the military rescue team were killed when one of the rescue helicopters crashed into a transport plane during preparation for the mission.

The failure prompted the Navy to create a full-time counter-terrorism squad that would become SEAL Team SIx, and Marcinko was assigned to develop and command the elite unit. More than 30 years later, the unit was one of several that were involved in a secret mission to kill terrorist leader Osama bin Laden in 2011.

The Navy had only two SEAL teams at the time of the unit's formation, but the name SEAL Team Six was intended to make enemies believe there were more. During its creation, Marcinko hand selected members from existing SEAL teams and underwater demolition teams and the unit eventually became the Navy's premier counter-terrorism and hostage rescue unit.

After departing from the unit, Marcinko was assigned to develop a unit to measure the Navy's susceptibility to terrorism, which became known as Red Cell.

In 1990, Marcinko was convicted of conspiracy in a kickback scheme and was sentenced to nearly two years in federal prison. He later became an author and wrote a number of fictional novels based on his military experience.

U.S. News // 1 hour ago
Experts advocate better red flag laws as 2022 sees 202 mass shootings
May 16 (UPI) -- There have been 202 mass shootings in the U.S. through the 5 1/2 months of this year, including Saturday's racially motivated attack at a Buffalo, N.Y., supermarket that killed 10. Experts say red-flag laws can help.

U.S. News // 1 hour ago
Uber rolls out new products: EV's, party buses, delivery robots
May 16 (UPI) -- Uber unveiled new features at its "Go/Get 2022" event Monday allowing passengers to use their Uber app to book party buses and electric vehicles or to order food at Stadiums or from autonomous sidewalk robots.

U.S. News // 2 hours ago
Chicago teen charged in shooting death near 'The Bean'
May 16 (UPI) -- A Chicago teen charged with murder in the fatal shooting of Seandell Holliday, another teen, near the iconic Cloud Gate sculpture in Millennium Park appeared in court Monday. 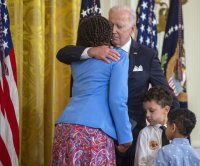 U.S. News // 4 hours ago
President Joe Biden awards Public Safety Officer Medals of Valor
May 16 (UPI) -- President Biden awarded Medals of Valor to 15 public safety officers in a White House ceremony Monday. The officers, including two who died in the line of duty, were honored for individual acts of bravery.