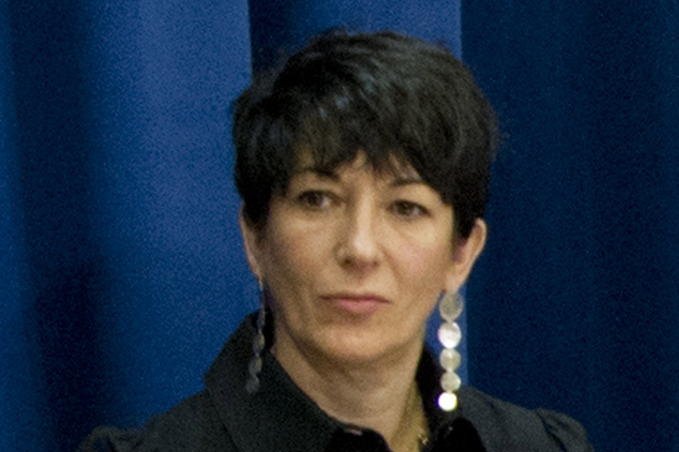 Dec. 7 (UPI) -- A third woman took the stand Tuesday at Ghislaine Maxwell's sex trafficking trial, accusing the former socialite of coercing her to perform sexualized massages for Jeffrey Epstein starting when she was 14.

This comes a day after a second witness told a similar story to those inside the Manhattan courtroom.

The 59-year-old Maxwell is on trial for allegedly procuring young girls for Epstein to prey upon for over a decade. She has pleaded not guilty to the six charges, including sex trafficking.

Carolyn, who chose not to use her last name in court, called her upbringing vulnerable, with an alcoholic mother and having been molested by her grandfather from the age of 4. She testified that she visited Epstein's Palm Beach Island home more than 100 times after that first visit before she stopped seeing him at 18.

RELATED Epstein employee: Maxwell told him to 'see nothing, hear nothing, say nothing'

Carolyn accused Maxwell of coordinated sexualized massages with Epstein, starting when she was 14. She testified she was paid $300 during her first visit, during which she helped massage Epstein before watching him have sex with another woman.

She said she continued to return because she needed the money to buy drugs at the time. She says Maxwell was the intermediary, responsible for scheduling her meetings with Epstein, which escalated to group sex involving his friends.

The court previously heard from Epstein's former house manager who testified Maxwell told him to "see nothing and hear nothing."

Epstein killed himself in August 2019, in a New York City jail while awaiting trial on similar charges.

Maxwell's trial is expected to continue into January.

U.S. News // 3 hours ago
American medic in Ukraine killed while helping evacuate others
Feb. 3 (UPI) -- An American medic who was volunteering on the frontlines in Ukraine was killed when his vehicle was hit by a missile.

U.S. News // 6 hours ago
Treasury sanctions executives of Iranian UAV manufacturer
Feb. 3 (UPI) -- The Treasury Department announced sanctions on Friday against the directors of an Iranian unmanned aerial vehicle manufacturer for providing aerial support to Russia for its invasion against Ukraine.

U.S. News // 7 hours ago
U.S. announces $2.4 billion more defense aid to Ukraine
Feb. 3 (UPI) -- The U.S. Department of Defense said Friday Ukraine will get another $2.4 billion in U.S. military aid to further bolster its defense against the Russian invasion.

U.S. News // 8 hours ago
Honda urges owners of certain cars to get airbags repaired immediately
Feb. 3 (UPI) -- Honda is warning owners of vehicles with unrepaired Takata air bags not to drive them and instead bring them in for repair, saying that the risk to drivers could be deadly.
Advertisement