Nov. 23 (UPI) -- WASHINGTON -- Hospital groups and some members of Congress are demanding Democrats drop the proposed reduction in federal funding for some hospitals that serve large numbers of uninsured patients in the Biden administration's $1.7 trillion social spending bill, which passed in the House and now awaits a vote in the Senate.

The Build Back Better act would reduce the payments made to hospitals that treat many uninsured or low-income patients who may not be able to pay. These payments are known as Disproportionate Share Hospital payments.

The Build Back Better act would make cuts to those payments under the premise that expanding Medicaid under the Affordable Care Act make up for those subsidies.

Some hospital groups and lawmakers have called the cut in funding "punitive" because it only would cut the hospital funding in the 12 states that have not expanded Medicaid under the ACA.

"It has everything to do with wanting these states to expand Medicaid and trying to withhold financial payments in order to penalize state like Florida that have not expanded Medicaid," said Mary Mayhew, president of the Florida Hospital Association.

The penalty would be experienced by hospitals and those who depend on hospitals for access to healthcare, Mayhew said.

In a letter to Congress, eight hospital associations, including America's Essential Hospitals and the American Hospital Associations, stated that increasing the number of Americans with healthcare coverage should not come at the expense of vital funding for hospitals, especially at a time when hospitals are still treating many COVID-19 patients.

"The last thing Georgia hospitals and patients need right now is a reduction in federal funding, especially as they're working overtime to keep our families and communities safe and healthy during this pandemic," Sen. Raphael Warnock, D-Ga., said in a statement. "I vehemently oppose this provision."

On Nov. 1, Warnock, along with other Democrats from Georgia, sent a letter to Senate Democratic leader Charles Schumer and House Speaker Nancy Pelosi demanding the removal of the DSH cuts.

Florida and Georgia are among the 12 states that have not expanded Medicaid and rank in the Top 5 in rate of uninsured people calculated by the U.S. Census Bureau in 2019.

Some analysts said the insurance expansion in the Build Back Better act could offset the cut in hospital funding. Researchers from the Urban Institute said in a report that in a year, hospitals would receive $6.8 billion in new spending from the subsidies, "about 15 times larger than the expected DSH cuts of $444 million."

"There are flaws in that argument," said Shoshana Krilow, senior vice president of public policy and government relations at Vizient, a healthcare services company, "History has taught us that it's just not true that everyone will, immediately, get coverage on the marketplace."

There is no penalty if people opt not to purchase insurance under the Affordable Care Act. The tax penalty was removed in 2018, under former President Donald Trump's tax cut bill passed by Congress in 2017.

While it might take years of education and outreach for people to purchase insurance, the DSH payment cuts would go into effect immediately, Krilow said.

She also pointed out that the bill would only subsidize the insurance expansion from 2022 to 2025, while the cuts to the DSH payments would be permanent.

"What's important to note is that the impact is going to be felt by a fairly small number of hospitals that really rely on these DSH payments," said Beth Feldpush, senior vice president of policy and advocacy at America's Essential Hospitals.

Without the DSH payments, essential hospitals would have to reduce hours at outpatient clinics, and cut staff and social services workers, Feldpush said

"Hospitals would have to make harder and harder decisions," she said.

Six Republican senators, including Ted Cruz of Texas, Marco Rubio of Florida and Marsha Blackburn of Tennessee, are requesting additional economic analysis of the DSH payment cuts from the Congressional Budget Office before the Build Back Better act goes before the Senate. They sent the request on Friday, the same day the bill passed in the House.

"The sweeping federal overreach pushed by the Biden administration is a direct attempt to punish states like Tennessee providing personalized care for our vulnerable communities," Blackburn said.

If the provision of hospital funding reduction is signed into law, the Congressional Budget Office estimated that the affected hospitals could lose $35 billion over 10 years. 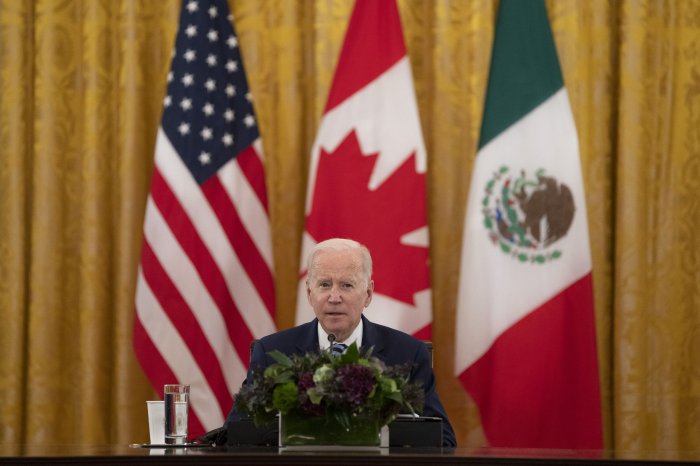 U.S. News // 1 hour ago
ICE accidentally posts personal info of 6,252 immigrants online
Nov. 30 (UPI) -- U.S. Immigrations and Customs Enforcement is investigating an incident on Monday as personally identifiable data from 6,252 immigrants was posted on its website for about five hours.

U.S. News // 1 hour ago
Ohio man found guilty of 8 counts of murder
Nov. 30 (UPI) -- An Ohio man was found guilty Wednesday of planning and carrying out the 2016 murder of eight members of a family over a custody dispute.