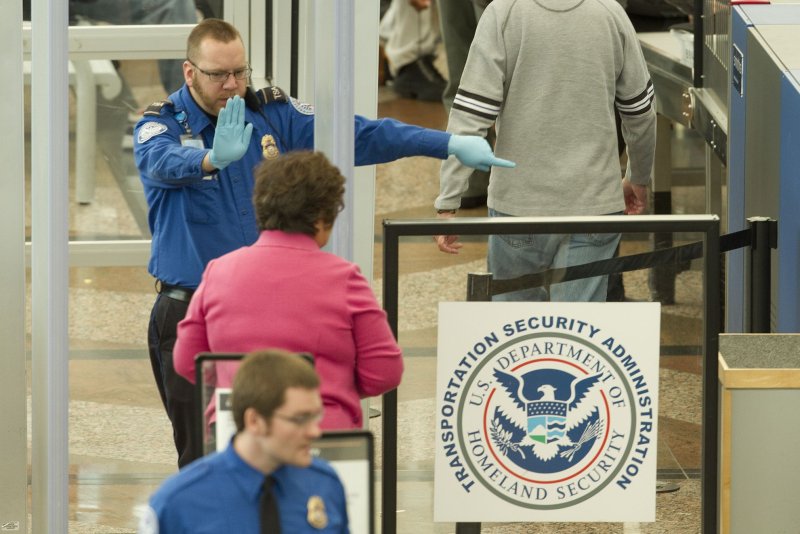 November 8 was the last day that any of the remaining unvaccinated TSA employees could've received their final shot, as workers aren't considered fully vaccinated until two weeks after the last dose. File Photo by Gary C. Caskey/UPI | License Photo

Nov. 22 (UPI) -- Millions of federal employees and contractors face a deadline on Monday to provide proof that they have been fully vaccinated against COVID-19 -- including workers at the Transportation Security Administration, which is facing a large uptick in passengers for the Thanksgiving travel period.

President Joe Biden ordered the vaccine mandate in September. It requires that all federal workers and contractors, including TSA employees, complete a full vaccine regimen by Monday or face possible termination. That means two doses of the vaccine from Pfizer or Moderna or the single shot from Johnson & Johnson.

The timing of the mandate means that unvaccinated TSA employees could face discipline, potentially leaving airports short-staffed as Americans travel for Thanksgiving gatherings and for other holidays next month.

In the agency's latest public update on compliance last month, TSA Administrator David Pekoske said that about 60% of TSA workers had been vaccinated.

"That number needs to go quite a bit higher over the next few weeks," he said then.

Nov. 8 was the last day that any of the remaining unvaccinated TSA employees could have received their final shot in order to comply with the order, as workers are not considered fully vaccinated until two weeks after receiving the last dose.

TSA spokesman Carter Langston told Bloomberg that the agency has "made significant strides since that point."

"The compliance rate is very high and we don't have the full data yet," he said.

While TSA workers can lose their jobs for refusing to be vaccinated, it's been instructed to first attempt to resolve outstanding issues through conduct education and counseling. File Photo by Brian Kersey/UPI

Appearing on ABC's Good Morning America last week, Pekoske said he doesn't think the requirement will have "any effect on staffing whatsoever." He noted Sunday that the TSA has been planning for the mandate for months.

"We have travel projections for the coming week and we're very confident this is going to be a very smooth operation over the next several days," he said, according to WCBS-TV.

"We will go through a progressive discipline process with our employees who have not been vaccinated. But we have a lot of employees who have asked for either medical or religious exemptions as well, so we'll go through the process of looking at each one of those individual and make a determination in the next several weeks. So, yes, there is the potential if you do not have an approved exemption and you are not vaccinated that you will lose your job."

The TSA announced last week that it expects to screen about 20 million passengers at U.S. airports between Friday and next Sunday, which is expected to be the single busiest air travel day.

"I have seen no indication the vaccine requirements are going to impact travel in any way, certainly in terms of our ability as a federal administration to provide the services that are needed," he told NBC's Meet the Press on Sunday.

"In my agency, we have seen numbers approaching 99% of people have gotten in their information per the requirements. Either they're vaccinated, they're in the process of it, or they've put in a request for an exemption."

While federal workers and contractors can lose their jobs for refusing to be vaccinated, agencies have been instructed to first attempt to resolve outstanding issues through conduct education and counseling.

Langston said the agency views Monday's deadline as not so much a cliff, but rather "a step to further counsel any unvaccinated employees."

Everett Kelley, president of the American Federation of Government Employees -- which represents 700,000 federal employees, including all 45,000 TSA employees -- last week called on Biden to push the deadline back to Jan. 4 due to existing staffing challenges.

He said that TSA employees are already leaving for reasons like low pay and "difficult work environments," and expressed concern that the mandate could exacerbate surges during the holiday travel season.

U.S. News // 40 minutes ago
Road salt, electric vehicles, drugs, smartphones can all be affected by really cold temps
Part of the U.S. is going into an extended deep freeze, but how low does the temperature have to be for certain things like your smartphone or road salt to stop working? 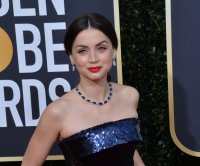