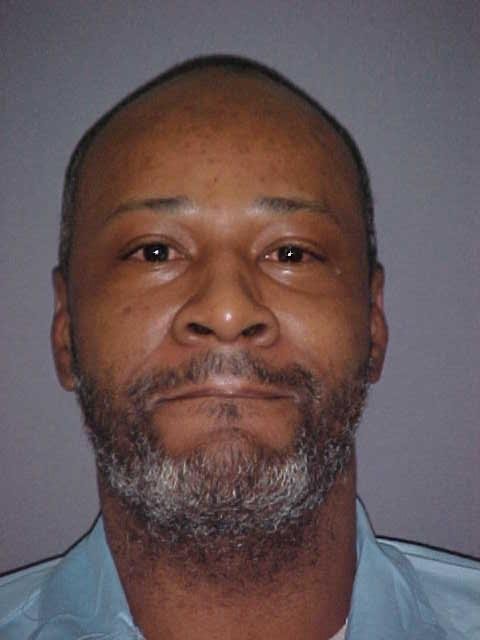 John Grant was sentenced to death for the 1998 murder of prison worker Gay Carter. File Photo courtesy of the Oklahoma Department of Corrections

Oct. 28 (UPI) -- Oklahoma on Thursday executed John Grant hours after the Supreme Court vacated his and another prisoner's stay.

The Oklahoma Department of Corrections said Grant was pronounced dead at 4:21 p.m. after receiving a lethal injection. It was the state's first execution in nearly seven years.

Grant was sentenced to death for the 1998 murder of prison worker Gay Carter, whom Grant killed while he was serving a prison sentence for four armed robberies.

"At least now we are starting to get justice for our loved ones. The death penalty is about protecting any potential future victims. Even after Grant was removed from society, he committed an act of violence that took an innocent life. I pray that justice prevails for the other victims' loved ones. My heart and prayers go out to you all. Stay strong," she said.

Sarah Jernigan, Grant's attorney, said she prayed Grant was at peace now and that the execution brought closure to Carter's family.

"John Grant took full responsibility for the murder of Gay Carter, and he spent his years on death row trying to understand and atone for his actions, more than any other client I have worked with," Jernigan said.

She blamed the state for its role in his "tragic story."

In his clemency petition, Grant's lawyers pointed to the history of abuse and neglect he suffered in state-run institutions since he was a child. He was sent to juvenile detention at the age of 12 for stealing food and clothing for his eight siblings.

The petition said the institutions operated by the state Department of Human Services have been the subject of "a widespread, nationally publicized scandal," that came to be known as "Oklahoma shame."

"Through all of this, John never received the mental health care he needed or deserved in prison. And when he eventually committed a violent crime, the murder of a prison worker, Oklahoma provided him with incompetent lawyers who had no business handling a case with the ultimate punishment at stake," Jernigan said Thursday.

Grant's execution came hours after the Supreme Court ruled to vacate his and fellow inmate Julius Jones' stays of execution.

They were both part of a group of Oklahoma death row prisoners who sued the state over its lethal injection protocol. The plaintiffs' attorney, Dale Baich, said former Attorney General Mike Hunter promised not to carry out executions on the plaintiffs involved in the lawsuit while the case was pending in district court. The case is set to go to trial in February.

One of Grant's attorneys, Dale Baich, said witnesses to Thursday's execution said Grant convulsed and vomited multiple times after he was administered the initial drug in the lethal injection protocol.

"Based on the reporting of the eyewitnesses to the execution, for the third time in a row, Oklahoma's execution protocol did not work as it was designed to," Baich said.

"This is why the 10th Circuit stayed John Grant's execution and this is why the U.S. Supreme Court should not have lifted the stay. There should be no more executions in Oklahoma until we go to trial in February to address the state's problematic lethal injection protocol."

Gov. Kevin Stitt said that after mulling the option of using nitrogen gas to carry out executions, the state has now found a "reliable supply of drugs" to resume lethal injections.

Oklahoma has carried out only one other execution since Lockett's, that of Charles Warner in January 2015. He previously received a nine-month stay due to the botched lethal injection.

Since then, the state had an unofficial moratorium on executions as it attempted to secure a supply of lethal injection drugs. Oklahoma uses a three-drug cocktail of midazolam, vecuronium bromide and potassium chloride.

Executions in the United States have undergone changes in recent years after states started running out of the essential lethal injection drug pentobarbital. The European Union in 2011 voted to prohibit the sale of the drug and seven other barbiturates to the United States for use in torture or executions. Other pharmaceutical companies have refused to sell drugs for lethal injection purposes outright, and some will only sell if their name is kept confidential.

Now states are being forced to use new drug cocktails, scramble to restock their stores of drugs and review their lethal injection policies.

In 2018, Oklahoma's attorney general's office announced it would use nitrogen gas inhalation as its primary method of execution. Officials, though, had difficulty finding a manufacturer to sell a method for administering the gas for an execution. Additionally, state law says nitrogen hypoxia may be used for executions only if drugs for lethal injections are unavailable.

U.S. News // 5 hours ago
Australians get drunk more often than any other nation's citizens, survey says
Dec. 3 (UPI) -- When it comes to having too much to drink, no country does it more often than Australia, according to this year's Global Drug Survey.