Unlike the vaccines by Moderna and Pfizer, which were both recommended by the FDA panel for a booster dose for Americans over 65 and those at greater risk, the Johnson & Johnson vaccine was administered in a single dose. File Photo by Etienne Laurent/EPA-EFE

Oct. 15 (UPI) -- A Food and Drug Administration advisory panel on Friday recommended a Johnson & Johnson COVID-19 vaccine booster for all adults who received the original shot, meaning the committee has now approved extra doses for all three vaccines available in the United States.

The FDA's Vaccines and Related Biological Products Advisory Committee voted 19-0 in favor of a second dose of the shot, which is produced by subsidiary Janssen.

The panel advised that people over 18 receive the booster at least two months after their initial immunization of the one-shot Johnson & Johnson vaccine.

At its meeting Friday, the panel heard from experts who recommended a Johnson & Johnson booster for all recipients, instead of just vulnerable Americans, because data show the original vaccine doesn't provide as much protection as the vaccines by Moderna and Pfizer.

The committee held a similar meeting on Thursday, during which it recommended a Moderna booster for older and at-risk Americans. The FDA authorized a Pfizer booster last month.

The FDA isn't obligated to follow the panel's recommendation, but usually does. The soonest it can sign off on the recommendation is next week.

In assessing the proposed booster this week, FDA scientists said they weren't sure about when a second Johnson & Johnson dose should be given. The company recommended between two and six months after the original dose, but the scientists indicated there was a lack of data to determine the best time.

The scientists, however, did say that data indicates that the booster dose would provide additional protection against the virus.

"Although not independently confirmed by FDA from datasets, summaries of the data suggest there may be a benefit in a second dose administered approximately 2 months after the primary dose," the scientists wrote.

Dr. Peter Marks, director of the FDA's Center for Biologics Evaluation and Research, said Friday that Johnson & Johnson didn't provide information indicating why a booster might be needed.

"There are data suggesting the effectiveness of the vaccine is actually less robust than the company's presentation here," he said during the meeting.

Friday's evaluation comes two days after a federal study said "mixing and matching" booster doses is safe and offers added protection. That means scientists found that a person who received two original doses of Moderna's vaccine could safely get a Pfizer booster -- or a person who received Pfizer's vaccine could get a Johnson & Johnson booster, even though they are formulated differently and are completely different types of vaccines. 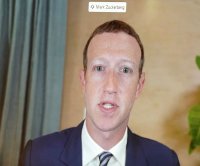