U.S. on pace to surpass record number of billion-dollar disasters in 2021

By Provided by AccuWeather, Accuweather.com 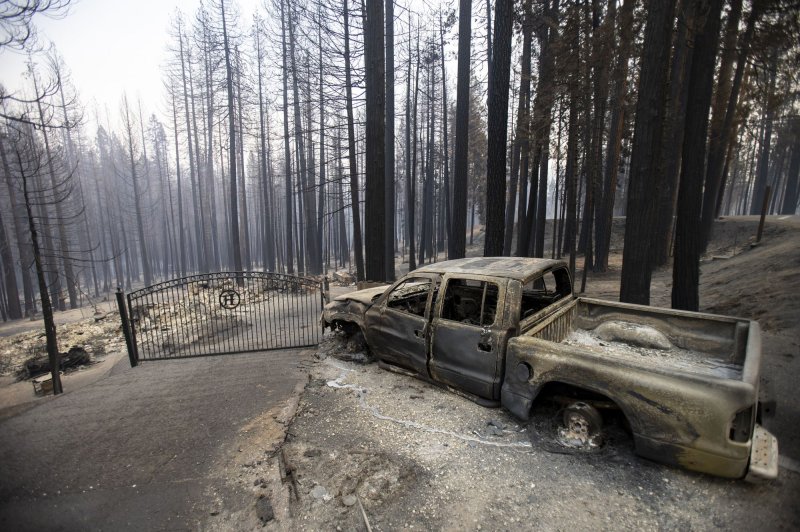 A burned pickup truck is seen in Grizzly Flats, Calif., on August 17 as a result of the Caldor Fire. File Photo by Peter DaSilva/UPI | License Photo

In 2021, the cost of disasters nationwide has already exceeded the economic cost from those last year. Weather and climate disasters have not only killed 538 people this year, they have also cost nearly $105 billion in damages.

Of the 18 disasters, one was a drought, two were flooding events, nine were severe weather events, four were tropical cyclones, one was a wildfire and one was a winter storm.

The southern United States has been dealt a significant blow this year, with Hurricane Ida standing as the most damaging disaster of the year to date and costing at least $64.5 billion in damages and leading to 96 deaths.

The storm caused near-total destruction in coastal Louisiana, where it made landfall before knocking out power to a significant part of the New Orleans area. Ida then tracked through the Northeast as a tropical rainstorm, spawning an EF3 tornado and record flash flooding in Pennsylvania, New York and New Jersey, killing dozens.

Other tropical systems made the list too, with Hurricane Nicholas and Tropical Storms Elsa and Fred all causing more than $1 billion in damages in the Gulf Coast.

Ida was not the deadliest disaster of the year, though. That unwanted distinction goes to the still-ongoing drought and unprecedented June heat wave in the Pacific Northwest, which has killed more than 200 people.

Cars are seen amid floodwaters on the Long Island Expressway following a massive downpour of rain from the remnants of Hurricane Ida in New York City on September 1. File Photo by John Angelillo/UPI

Compounding the economic toll that the disasters are taking on the U.S. is their increasing frequency. The time between billion-dollar disasters has decreased to just 18 days on average between 2016 and 2020, according to Climate Central's analysis of new NOAA data.

"The time between billion-dollar disasters was calculated by measuring the number of days between the start date of each disaster as recorded by NOAA/NCEI," Climate Central's Erika Freimuth said, explaining the methodology behind how the averages were calculated. "The difference in days was only for calendar year events, with the first event of the calendar year set as the first date."

Crews work to restore electricity in New Orleans, La., on September 2 after Hurricane Ida made landfall and cut power to more than 1 million customers in the city. File Photo by AJ Sisco/UPI
Advertisement

Since 1980, billion-dollar disasters have occurred in every state and Puerto Rico and the U.S. Virgin Islands. With so many major disasters, the government's attention quickly pivots from disaster to disaster, inevitably leaving some communities behind.

"Everybody is at risk," said Climate Central meteorologist Sean Sublette. "But for those who are not of means, who are lower on the socio-economic ladder, they are going to be impacted the most, and that's why we are concerned about this from a climate perspective going forward, as the people who have traditionally contributed the least to the problem are disproportionally affected by it."

According to the latest report from the Intergovernmental Panel on Climate Change, it's an "established fact" that human-caused greenhouse gas emissions have "led to an increased frequency and/or intensity of some weather and climate extremes since pre-industrial times."

The same report states that, in a warming world, the intensity and frequency of heavy rains, major tropical cyclones and heat waves will continue to increase, inevitably producing more billion-dollar disasters.

Since 1980, the economic toll of disasters in the United States has been steep -- more than $2 trillion for a total of 308 billion-dollar disasters.

U.S. News // 18 hours ago
Ohio man's death sentence overturned under new mental illness law
Oct. 23 (UPI) -- An Ohio prisoner's death sentence has been overturned and he was resentenced to life without chance of parole in response to a new law protecting people who were severely mentally ill at the time of their crime. 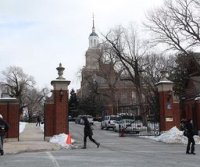 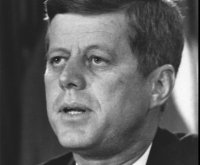