Oct. 5 (UPI) -- The Justice Department on Tuesday said it was reviewing a decision not to charge FBI agents who failed to properly investigate allegations of sexual abuse against former USA Gymnastics doctor Larry Nassar.

Deputy Attorney General Lisa Monaco told the Senate judiciary committee the agency received new information concerning two former FBI agents who were accused of mishandling allegations against Nassar that were reported to the FBI in 2015 and 2016.

"I can inform the committee today that the recently confirmed assistant AG for the criminal division is currently reviewing this matter, including new information that has come to light," Monaco said. "I do want the committee, and frankly, I want the survivors, to understand how exceptionally seriously we take this issue and believe this deserves a thorough and full review."

Monaco did not say what the new information was but said the review was being conducted with "a sense of urgency and gravity."

In July, the Justice Department's inspector general released a report from its 2018 investigation into the FBI's handling of the Nassar case, finding that officials with the Indianapolis Field Office failed to respond to the allegations "with the utmost seriousness an urgency that they deserved and required" and made "numerous and fundamental errors" when they did respond.

According to the report, 70 or more athletes were sexually abused by Nassar between when USA Gymnastics first reported the allegations to the FBI and August 2016 when a separate complaint was filed with the police department at Michigan State University, where Nassar also worked.

One of the agents involved in the Nassar case retired years ago and the second was fired over the summer following the inspector general's report.

In a hearing responding to the report, Olympic gymnasts McKayla Maroney, Simone Biles and Aly Raisman, and former national team member Maggie Nichols -- all survivors of abuse by Nassar -- said the justice system failed to protect them.

"I don't want another young gymnast, Olympic athlete, or any individual to experience the horror that I and hundreds of others have endured before, during and continuing to this day," Biles said. "I blame Larry Nassar -- and I also blame an entire system that perpetrated his abuse."

Monaco apologized to the victims Tuesday.

"I am deeply sorry that in this case the victims did not receive the response or the protection that they deserved," she said.

Nassar, 57, is currently serving a 40- to 174-year state prison sentence after being convicted on all seven counts of criminal sexual conduct as 168 women and girls testified or delivered statements detailing Nassar's sexual abuse over 20 years. 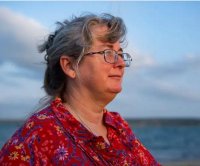 U.S. News // 36 minutes ago
Texas librarians face harassment as they navigate book bans
May 17 (UPI) -- Librarian Suzette Baker said she faced a hard choice last year when her boss asked her to hide a book on critical race theory behind the counter.

U.S. News // 51 minutes ago
Despite inflation, retail sales in U.S. rise by almost 1% in April
May 17 (UPI) -- American shoppers don't appear to be deterred by rising prices in the United States, as retail spending increased by nearly 1% during the month of April, the Commerce Department said in its monthly report Tuesday. 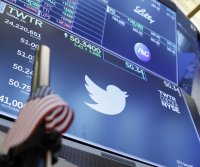 U.S. News // 3 hours ago
Police arrest suspect in possible hate crime shooting at salon in Dallas' Koreatown
May 17 (UPI) -- Authorities in Dallas said on Tuesday that they have arrested a suspect in a shooting at a hair salon in the city's Koreatown area last week that they believe was a hate crime.