The Democratic governor signed the eight bills into law Thursday at Rowley Park in the city of Gardena, located south of Los Angeles, with community leaders and families of victims of police violence at his side.

Newsom said during the press conference that California is both a leader and a laggard on police reform, stating 46 other states had already passed legislation to revoke or suspend police officer certification for serious misconduct, such as excessive force, sexual assault, demonstration of bias and dishonesty.

"We have a lot to be proud of but there's areas where we have nothing to brag about," he said. "Why is it so hard to the right thing?"

California state Sen. Steven Bradford, the author of the Senate Bill 2, which allows for the stripping of a police officer's badge for misconduct, echoed Newsom, saying that California has one of the most progressive criminal justice systems in the nation but for too long "problematic officers" are either not held accountable for their "heinous acts" or are punished but able to find a job in another department.

"This rinse and repeat style of accountability has led to the continuous erosion of community trust," he said in a statement. "I applaud Gov. Newsom for standing with us on this issue."

RELATED Study: More than half of police-linked deaths unreported, misclassified

Newsom also signed into law Thursday bills that ban techniques and transport methods that involve the risk of positional asphyxia and raise the age one can become a police officer from 18 to 21 while enhancing education requirements.

"My community like others is all too familiar with police violence and physical force," Los Angeles Democratic Assemblymember Reggie Jones Sawyer and author of the bill to raise the minimum age of police officers said during the press conference. "This bill relies on years of study and new understandings of brain development to ensure that only those officers capable of high-level decision-making and judgment in tense situations are entrusted in working in our communities."

Newsom signed the bills exactly a year after he signed more than a dozen police reform bills into law banning carotid holds and requiring independent investigation into officer-involved shootings.

"Too many lives have been lost to racial profiling and excessive use of force," Newsom said Thursday in a statement. "We cannot change what is past, but we can build accountability, root out racial injustice and fight systemic racism. We are all indebted to the families who have persevered through their grief to continue this fight and work toward a more just future." 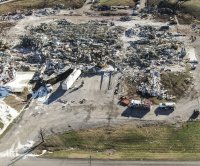 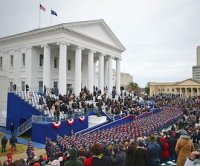