Florida Gov. Ron DeSantis has sued the Biden administration over its immigration policy, which he says is illegal. File Photo by Stefani Reynolds/UPI | License Photo

Sept. 29 (UPI) -- Florida has filed a lawsuit against the Biden administration, saying its border policies are illegal, as Gov. Ron DeSantis on Tuesday announced a slew of measures to fight the federal government's stance on irregular migration.

The lawsuit filed in the U.S. District Court for the Northern District of Florida, Pensacola Division, accuses the Biden administration of ignoring requirements to detain migrants who enter the country until a decision is made on whether they may stay.

In question is President Joe Biden's executive order issued in February to create "a comprehensive regional framework to address" the causes and manage migration at the southern border.

The Biden administration has sought to undo much of the immigration policy of its predecessor and in doing so Biden revoked President Donald Trump's presidential memorandum of April 2018 that ended the catch-and-release policy, which allows for certain migrants who are apprehended to be released into the United States prior to their immigration case being heard in court.

Biden said the memorandum was revoked due to a lack of resources and detention capacity to safely process migrants arriving at the border amid the coronavirus pandemic.

However, Florida Attorney General Ashley Moody argues that the revocation ignores Congress' commands to detain all migrants until a decision is made on their case and that Biden's reasoning is undercut by his elimination of other Trump administration immigration measures that should have freed up resources and capacity.

"Further, it is the Biden administration's misguided policies that have encouraged more migrants to make the dangerous journey to the United States," she wrote. "The government cannot, therefore, use a purported lack of resources as an excuse to ignore congressional mandates."

During a press conference on Tuesday, DeSantis described Biden's immigration policy as offering "an open invitation to folks all across the world" to enter the United States through the southern border with "a ticket to ride" to inhabit the rest of the country.

DeSantis said the number of encounters with migrants at the southwest border has "skyrocketed" from 78,000 in January to more than 210,000 in July, the highest monthly total in two decades.

"And there's no sign of it slowing down," he said, accusing the Biden administration of wanting "a massive illegal migration into this country."

In an effort to deny aid to the Biden administration's policy, DeSantis also signed an executive order on Tuesday prohibiting Florida agencies from supporting the resettlement of migrants who entered the United States irregularly as well as requires state agencies to tally the cost of such migration in the state.

Florida law enforcement are also encouraged to detain cars, buses and aircraft that may be transporting migrants from the southwest border, he said.

"We're not going to be a party to this lawlessness," he said.

The governor also appointed Larry Keefe, former U.S. attorney for the Northern District of Florida, as a Public Safety Czar to ensure the actions directed by the executive order a carried out.

When asked about the lawsuit by reporters during a press briefing, White House press secretary Jen Psaki told reporters that she has yet to see it but that the administration is open to dialogue.

"Any Republican or any member who wants to have a constructive conversation about solutions to addressing what we all agree is not a long-term sustainable, operational or moral approach to immigration, we're happy to have that conversation," she said.

The American Civil Liberties Union of Florida chastised the moves of DeSantis as "xenophobic" and another example of him "seeking to dehumanize immigrants and asylum seekers."

"In this country, we should be welcoming immigrants, not criminalizing them," it said via Twitter. 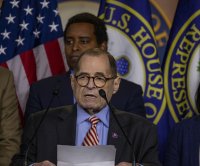 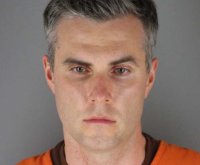