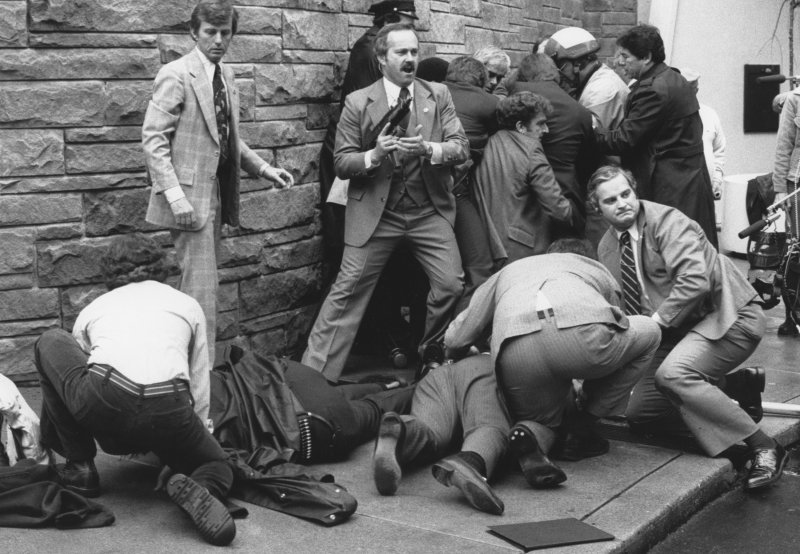 Sept. 27 (UPI) -- A federal judge on Monday said that John W. Hinckley Jr. -- who shot President Ronald Reagan 40 years ago barely two months into his presidency -- can be freed next year from all remaining restrictions that were imposed when he was released from a psychiatric hospital five years ago.

Hinckley, 66, stalked Reagan and shot him outside of the Washington, D.C., Hilton on March 30, 1981, following a labor union speech at the hotel. Three others were also wounded in the attack.

The would-be assassin spent more than three decades in a mental hospital as part of his insanity defense. In 2016, a judge granted his release -- but imposed a number of restrictions to ensure that Hinckley would not again veer into violence.

He's lived at his mother's home in Virginia since.

Monday, U.S. District Judge Paul Friedman said at a court hearing that he will approve lifting all remaining restrictions next June -- as long as he continues to comply with the restrictions and maintains mental stability.

The Justice Department has previously agreed to drop all conditions for Hinckley's release, which ordered that he submit to regular counseling and refrain from contacting the Reagan family or actress Jodie Foster -- whose role in the 1976 film Taxi Driver partly inspired Hinckley to target Reagan.

Friedman explained on Monday why Hinckley should be given unconditional release.

"If he hadn't tried to kill the president, he would have been given unconditional release a long, long, long time ago," he said, according to Politico.

"I'm going to, after all of these years, grant unconditional release to Mr. Hinckley. ... I think it's probably overdue given the record in this case."

Hinckley's attorney Barry Levine said at the hearing that psychologists have determined Hinckley's "mental disease is in full, stable and complete remission" and that it has "been so for over three decades."

Brady died in 2014 and the head wound he received in the shooting was listed as a contributing factor in his death.

"His apologies are heartfelt," Levine said. "Perhaps, it is too much to ask forgiveness."

Reagan nearly died in the assassination attempt and eventually spent weeks in the hospital. He later expressed sympathy for Hinckley in his diary.

Earlier this month, a California parole board recommended release for Sirhan Sirhan, the man who shot Sen. Robert Kennedy in 1968.

U.S. News // 2 hours ago
About 1 in 3 Gen Z workers putting off retirement savings
Dec. 5 (UPI) -- Gen Z workers have pushed off saving for retirement at a higher rate than other age groups in the last two years, a new survey finds.

U.S. News // 5 hours ago
Seasonal flu activity high in D.C., RSV 'causing most strain' in W.Va
WASHINGON, Dec. 5 (UPI) -- It promises to be a severe flu season this winter, as illustrated by a rising number of cases in Washington, D.C., among other places nationwide. But a W. Va. health department says RSV has caused the most strain so far.

U.S. News // 7 hours ago
Trump refutes claim he wants to 'terminate' the Constitution
Dec. 5 (UPI) -- Former President Donald Trump clarified remarks he made about terminating the U.S. rules and regulations, "even those found in the Constitution," on his social media platform Truth Social on Monday.
Advertisement