Arizona Attorney General Mark Brnovich warned that this is first lawsuit of many that will be filed against the Biden administration over its pandemic response.

President Joe Biden delivers remarks on on his plan to stop the spread of the Delta variant and boost COVID-19 vaccinations, in the State Dinning Room of the White House on Thursday in Washington, D.C. Photo by Oliver Contreras/UPI | License Photo

Sept. 15 (UPI) -- Arizona Attorney General Mark Brnovich has filed a lawsuit against the Biden administration over its COVID-19 vaccine mandate for companies with more than 100 people, calling it unconstitutional and an attack against federalism.

In a statement Tuesday announcing the lawsuit, the Republican attorney general said the new measure President Joe Biden unveiled last week violated the Constitution as the federal government cannot force people to get the COVID-19 vaccine.

"The Biden administration is once again flouting our laws and precedents to push their radical agenda," Brnovich said. "There can be no serious or scientific discussion about containing the spread of COVID-19 that doesn't begin at our southern border."

The lawsuit was announced days after Biden unveiled his COVID-19 action plan called the Path out of the Pandemic, which included six pillars to combat the virus.

One of those pillars is to increase the vaccination rate by directing the Department of Labor's Occupational Safety and Health Administration to develop a rule requiring all employers with 100 or more employees to ensure their workforce is fully vaccinated.

The lawsuit accuses the new measure of violating the Equal Protection Clause of the Constitution as it favors "aliens that have unlawfully entered the United States over actual U.S. citizens."

Brnovich in the lawsuit says the policy is unconstitutional as the Department of Homeland Security makes vaccinations optional to those who enter the country through irregular migration at the U.S. southern border but mandates American citizens get the shot.

"In his attempt by excluding or not including people that are in this country illegally, he is in essence discriminating against American citizens," Brnovich said in a call with reporters, adding that there will be more lawsuits coming against this measure.

Brnovich told reporters that the lawsuit is about federalism and constitutional principles as the mandate strips states of their powers concerning healthcare while discriminating against U.S. citizens in favor of those who enter the country via irregular migration.

"The Biden administration has no authority under the constitution to mandate COVID-19 vaccines. Period," he said. "This is a heavy handed attempt by a federal department that shows big government at its worst, not at its best."

He called the mandate a "power grab that has never been attempted by any administration in the history of our republic" and a continuation of the Biden administration's "assault" on the constitution.

"This is just the opening salvo," he said. "There will be more actions."

When asked why sue if the mandate can't actually be enforced, Brnovich said that while there is "a lot of uncertainty and confusion" about what the president can do, he will do all he can in the meantime to prevent the mandate from going into effect.

"I do think once the rules are promulgated, there will be additional opportunities based on what the Biden administration has said, but I think at this time with this case we have a method and a vehicle to stop these executive orders from going any further," he said. "It's a first attempt to try and stop the Biden administration's overreach on these COVID rules."

This story has been updated to remove information erroneously attributed to President Joe Biden's chief of staff. 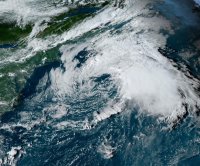