9/11: A look back at the sights, sounds of a day that changed America

Sept. 7 (UPI) -- Just about anyone who was alive and old enough on Sept. 11, 2001, can tell you where they were and what they were doing the moment they heard about the terror attacks that toppled the Twin Towers, brought down Flight 93 in Pennsylvania and punched a hole in the Pentagon.

Many Americans share stories about being in class, driving to work, huddling around a television or calling a friend to share in the disbelief on that Tuesday morning.

For some, though, the memories are especially harrowing -- running down flights of stairs to escape the World Trade Center, walking miles home covered in dust, rushing to Ground Zero or a hospital to help, or waiting by the phone to hear from a loved one who would never return.

UPI spoke with some of those people on that day -- witnesses, doctors, firefighters. Here is a look back at how the terror unfolded 20 years ago, from the UPI archives.

RELATED 9/11 anniversary could cause some to relive trauma, stress, experts say

8:19 a.m. EDT -- People on the ground get the first inkling that something is wrong. Flight attendants on board American Airlines Flight 11 -- Betty Ann Ong and Amy Sweeney -- alert ground personnel that the Boeing 767 en route from Boston to Los Angeles has been hijacked.

"I think the guys are up there," Ong tells the ground crew of the hijackers accessing the cockpit. "They might have gone there -- jammed the way up there, or something. Nobody can call the cockpit. We can't even get inside."

8:46 a.m. -- American Flight 11 crashes into the North Tower of the World Trade Center less than 30 minutes after Ong made her call, striking between floors 93 and 99 while traveling at an estimated 465 mph. The location of the impact prevents anyone in the building above the 92nd floor from evacuating.

A student at Stuyvesant High School, situated a few blocks away from the World Trade Center, told UPI: "We felt the impact. It was very strong. It set off fire alarms in the neighborhood."

New York City officials immediately mobilize emergency responders -- police, firefighters, paramedics -- to lower Manhattan to begin evacuating survivors from the North Tower. More than 400 first responders would be among the 2,977 killed in the attacks.

"This is hell; this is hell," one veteran firefighter told UPI as he gathered with a group of rookie firefighters from Yonkers.

"They threw us into this and turned us loose; what a baptism by fire," one of the rookie firefighters said.

8:50 a.m. -- President George W. Bush's advisers inform him of the crash while he was at Emma E. Booker Elementary School in Sarasota, Fla. He was there to promote his education reform package.

Reporters traveling with the president said he "was not visibly fazed" when he greeted the students. Bush, like many Americans, initially thought the first crash was an accident.

8:52 a.m. -- United Airlines ground operators learn from a flight attendant's call that one of their planes -- Flight 175, also en route from Boston to Los Angeles -- has been hijacked.

Passengers aboard the flight call loved ones at home, like Brian Sweeney, who left this voicemail for his wife, Julie:

"Jules, this is Brian. Listen, I'm on an airplane that's been hijacked. If things don't go well, and it's not looking good, I just want you to do good, go have good times, same to my parents and everybody. And I just totally love you, and I'll see you when you get there. Bye, babe. I hope I call you."

People in Washington Square Park watch in disbelief as the World Trade Center towers burn after they were hit by two commercial airliners in a terrorist attack in New York City on September 11, 2001. File Photo by Ezio Petersen/UPI

Twenty-two-year-old Justin Freedland was reporting to his first day of work at Lehman Brothers at the nearby No. 3 World Financial Center. He said he was on the phone with his girlfriend at the time of the second crash.

"I saw two dozen bodies fall from the World Trade Center Tower. I've never seen anything like this in my life. It was like the worst movie you can imagine," he told UPI later that day.

9:05 a.m. -- White House chief of staff Andrew Card interrupts Bush during a reading exercise with a group of second-graders to tell him of the second crash. The now-historic moment was caught on camera, and Card whispers into Bush's ear, "Mr. President, a second plane has crashed into the World Trade Center. America is under attack."

Minutes later, Bush makes his first remarks about the attacks.

"Today, we have had a national tragedy," he said. "Two airplanes have crashed into the World Trade Center in an apparent terrorist attack on our country.

"Terrorism against our nation will not stand. May God bless the victims, their families and America."

9:12 a.m. -- Passengers and flight attendants on board American Airlines Flight 77 call loved ones to let them know their Boeing 757 has been hijacked. The plane was en route from Dulles, Va., to Los Angeles.

"What do I tell the pilot to do?" he says were his wife's last words.

An employee of the Pentagon is seen with his children after American Airlines Flight 77 crashed into the Pentagon in Alexandria, Va., on September 11, 2001. File Photo by Michael Kleinfeld/UPI
Advertisement

9:39 a.m. -- Passengers and crew aboard United Airlines Flight 93 begin calling 911 and loved ones after the plane is hijacked. The Boeing 757 was en route from Newark, N.J., to San Francisco.

Passenger Lauren Grandcolas calls her husband, Jack, and leaves a voicemail: "I just wanted to tell you I love you. We're having a little problem on the plane. ... I'm totally fine.

"I just love you. Please tell my family I love them, too."

9:42 a.m. -- For the first time in history, the Federal Aviation Administration grounds all civilian flights and orders all commercial traffic over America to land. At one point, Air Force One is the only passenger jet in the air, transporting Bush to an undisclosed location.

Dozens of airliners sit on the ground at Lambert-St. Louis International Airport in St. Louis, Mo., on September 11, 2001, after the FAA ordered all flights over America to land regardless of destination due to the terrorist attacks in New York City and Washington, D.C. File Photo by Bill Greenblatt/UPI

Around this time, the U.S. Capitol and White House are evacuated once it became clear high-value locations were being targeted.

9:59 a.m. -- The World Trade Center's South Tower collapses, engineering experts say due to the intense flames caused by the crash and thousands of gallons of jet fuel.

Jose Sanchez, a student who worked part time for WNBC-TV, told UPI he heard the impact of the plane into the South Tower.

Firefighters walk amid the debris in front of One World Trade Center following the terrorist attack on September 11, 2001, in New York City. File Photo by Monika Graff/UPI

"We saw people falling from the building, then the first building collapsed. We saw 20 to 25 people jump," he said at the time.

"A lot of kids were crying, trying to call their parents. It was terrible."

10:03 a.m. -- Passengers and surviving crew members on board Flight 93 disrupt the hijackers' plans after learning about the other planes hitting the World Trade Center and Pentagon.

The voice recorder on the plane catches what sounds like passengers using a food cart to break into the cockpit. The hijackers are heard discussing whether to intentionally crash the plane, short of their reported intended target in Washington. 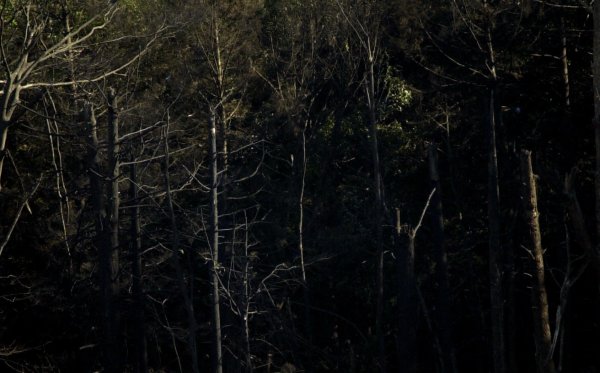 Investigators walk around the crater caused by the crash of United Airlines Flight 93 near Shanksville, Pa., on September 11, 2001. File Photo by Archie Carpenter/UPI

As the hijackers and passengers struggle for control, the plane crashes in a field in Stonycreek Township in southwest Pennsylvania. The 9/11 Commission later concluded that Flight 93 probably was headed for the U.S. Capitol.

"The number of casualties are more than any of us can bear," he said that day. "I have a sense it is a horrendous number of lives lost."

11:02 a.m. -- New York City officials order the evacuation of Lower Manhattan as first responders work to move people away from further danger. The streets filled with smoke and debris from the collapsed buildings; people, covered in dust and having trouble breathing, seek refuge where they can.

A triage facility is set up at nearby Stuyvesant High School, but doctors say there weren't as many victims there as they expected.

"When we were there," said Dr. Steven Wong, "not one person showed up for treatment."

Later that night, surgeons who'd rushed to St. Vincent's Hospital to help treat victims, told UPI that they, too, were surprised by how few survivors they received.

An EMS attendant consoles an injured woman near the World Trade Center in Lower Manhattan after two hijacked commercial airliners crashed into the towers on September 11, 2001. File Photo by Ezio Petersen/UPI
Advertisement

"It was so discouraging that we got so few patients in surgery," said Robert Grossi, then-chief of vascular surgery at St. Vincent's. "We had one fireman who died twice on the table, but he ultimately died of massive internal injuries."

When told that area medical examiners were sending in their supplies of body bags to Ground Zero, Grossi said: "They're going to need them."

Dr. Joseph De Bellis, then a reconstructive plastic surgeon, said, "I had numbers of several other surgeons who were waiting for a call, but there was no need."

12:36 p.m. -- Bush, who had been transported to Barksdale Air Force Base in northwest Louisiana, denounces the attacks in an address to the nation. He and his senior staff were set up there to monitor the attacks and communication with intelligence officials.

"Freedom itself was attacked this morning by a faceless coward," he said.

Police turn civilians away from the vicinity of the collapse of the World Trade Center in Lower Manhattan after two hijacked airliners crashed into the towers on September 11, 2001. File Photo by Ezio Petersen/UPI
Advertisement

No deaths were associated with the building's collapse, as it had been evacuated earlier.

8:30 p.m. -- Bush returns to the White House on Tuesday evening and sets about the task of addressing the nation in a prime-time address after some of the literal dust had settled.

"This is a day when all Americans from every walk of life unite in our resolve for justice and peace," he said. "America has stood down enemies before, and we will do so this time.

"None of us will ever forget this day, yet we go forward to defend freedom and all that is good and just in our world."

U.S. News // 10 hours ago
Democrats pass bill to raise debt ceiling, fund government
Sept. 21 (UPI) -- House Democrats passed a bill Tuesday to keep the federal government running and suspend the debt ceiling past the 2022 midterms but Republicans are holding firm against it. 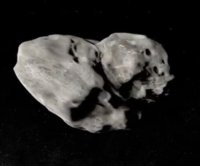