Preisdent Joe Biden cybersecurity as a "core national security challenge" as he met with leaders from the private sector at the White House on Wednesday. Photo by Stefani Reynolds/UPI | License Photo

Aug. 25 (UPI) -- President Joe Biden on Wednesday described cybersecurity as a "core national security challenge" as he met with leaders from the private sector to discuss national cyberdefenses and form a strategy for how to improve security following a wave of attacks in recent years.

"We've seen time and again how the technologies we rely on from our cell phones to pipelines, the electric grid can become targets of hackers and criminals," Biden said.

"The reality is most of our critical infrastructure is owned and operated by the private sector, and the federal government can't meet this challenge alone," Biden said. "You have the power, capacity and responsibility, I believe, to raise the bar on cybersecurity. Ultimately we've got a lot of work to do."

Following the meeting, the White House announced the National Institute of Standards and Technology will work with members of the industry to develop a framework to improve the security and integrity of the technology supply chain.

There are about a half-million unfilled cybersecurity jobs, a senior administration official told reporters Tuesday during a briefing.

"The federal government can't solve this complex, growing international challenge alone, and we can't do it overnight," the official said. "It's really a call to action."

The Biden administration also said it will expand the Industrial Control Systems Cybersecurity Initiative to include natural gas pipelines.

Members of the private sector also made announcements following the meeting as Google pledged $10 billion to expand zero-trust programs over the next five years, while Microsoft committed $20 billion to accelerate efforts to integrate cyber security by design and deliver advanced security solutions.

Amazon pledged to make the security awareness training it offers to employees available to the public at no charge, while IBM said it will train 150,000 people in cybersecurity skills in the next three years while partnering with more than 20 Historically Black Colleges and Universities to promote diversity among the cyber workforce. 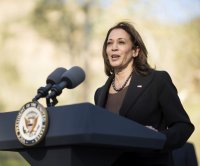