Dixie Fire grows to over 540,000 acres, prompts new round of evacuations 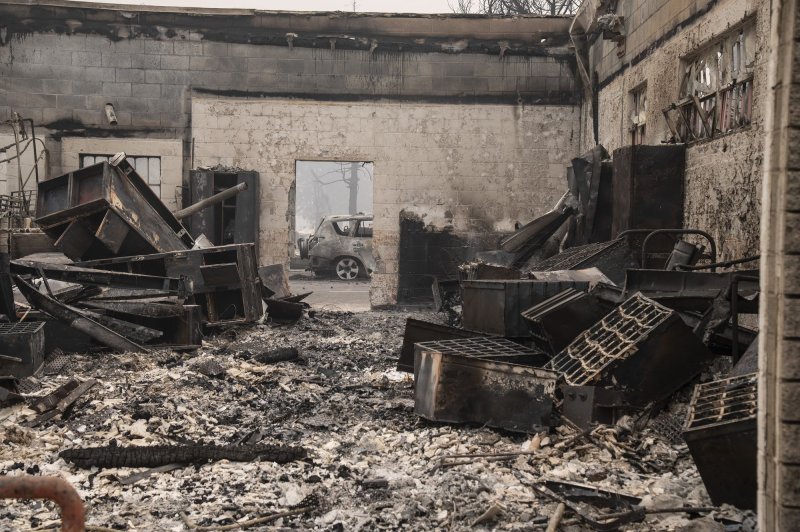 Charred sorting boxes are seen in the U.S. Post Office in Greenville, Calif., on Thursday. The Dixie Fire has now burned over a half million acres and leveled the town of Greenville. Photo by Terry Schmitt/UPI | License Photo

The fire in Butte, Lassen, Plumas and Tehama counties led to a new evacuation order for immediate threat to life Friday in Tehama County for area of Mill Creek, south of Lassen Volcanic National Park. An evacuation warning for potential threat to life and/or property was also issued Friday in area north of the town of Mineral.

A plan to repopulate Plumas County was canceled earlier Friday.

The fire has consumed 540,581 acres with 31% contained, and has destroyed 1,120 structures, according to the California Department of Forestry and Fire Protection.

No fatalities were reported.

The cause of the fire is under investigation.

Pacific Gas and Utility equipment may have caused the Dixie Fire, which was sparked July 13, according to a report by the utility submitted to the California Public Utilities Commission nearly a week later.

Seven of the 20 largest fires in the state's history, including the Dixie Fire, have been sparked within a couple years, a Cal Fire chart shows. Twelve out of the 20 have occurred in the span of the most recent decade.

A college professor, Gary Stephen Maynard, 47, suspected of starting a series of blazes in the surrounding area, was arrested last week. The investigation leading to his arrest began last month. He is charged in criminal complaint with willfully setting the Ranch Fire near the Mendocino National Forest. A preliminary hearing in his case has been slated for Aug. 24.

U.S. News // 12 hours ago
Texas state court throws out lawsuit against doctor who violated abortion law
Dec. 8 (UPI) -- A judge in San Antonio has thrown out a lawsuit filed against a Texas abortion provider who intentionally violated a controversial state abortion law.

Keystone Pipeline shut down over oil leak in Kansas