Houthi supporters in Sana'a, Yemen, shout slogans and hold up guns Sunday during a rally against the Saudi-led war and a blockade imposed on the city. Photo by Yahya Arhab/EPA-EFE

Aug. 9 (UPI) -- The United States said Monday it is sending $165 million in additional humanitarian aid to war-torn Yemen while decrying a military offensive by Iran-backed Houthi rebels in the country's gas-rich Marib region.

The conflict between the Houthis and an internationally recognized government backed by the United States, Saudi Arabia and its allies "has left 20 million people struggling to survive without basic necessities, including more than two million young children facing deadly malnutrition," USAID officials said in a statement.

The recent escalation of violence in Marib "is only increasing humanitarian needs as it threatens to displace hundreds of thousands of people, placing further strain on an already stretched humanitarian response," they warned.

She called the assault "unjustifiable" amid diplomatic efforts to seek a cease-fire between the rebels and the Yemeni government.

The escalation led to the displacement of nearly 14,000 people during the first four months of this year in a region that is already hosting one-quarter of Yemen's 4 million internally displaced people, the U.N. Refugee Agency says.

In conjunction with the new humanitarian aid announced Monday, U.S. Special Envoy to Yemen Tim Lenderking accused Iran of undermining the chances for a potential cease-fire in Yemen.

"We call on Iran to play a constructive role," he told reporters on a video call, according to the Saudi daily Arab News. "Stop fueling the war effort through the provision of equipment, know-how and training that is only perpetuating the conflict."

The Houthis, he said, "would do well to lessen their relationship on Iran and turn to others who are willing to support their presence inside Yemen and ensure their voices are heard in the political process."

U.S. News // 31 minutes ago
American, United lost combined $1.6 billion to end 2021 amid Omicron COVID-19 surge
Jan. 20 (UPI) -- American and United, two of the three largest airlines in the world, posted combined losses of more than $1.5 billion in the last quarter of 2021 -- indicating that COVID-19 still is hindering global air travel.

U.S. News // 2 hours ago
Texas' 'maternity deserts' grow as staff shortages close rural labor and delivery units
Jan. 20 (UPI) -- Struggling to survive, the remaining hospitals in Texas' rural communities have had to cut back services. And when that happens, labor and delivery is often the first to go. 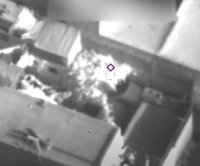