CBO: Bipartisan infrastructure bill will add $256B to national debt in next decade 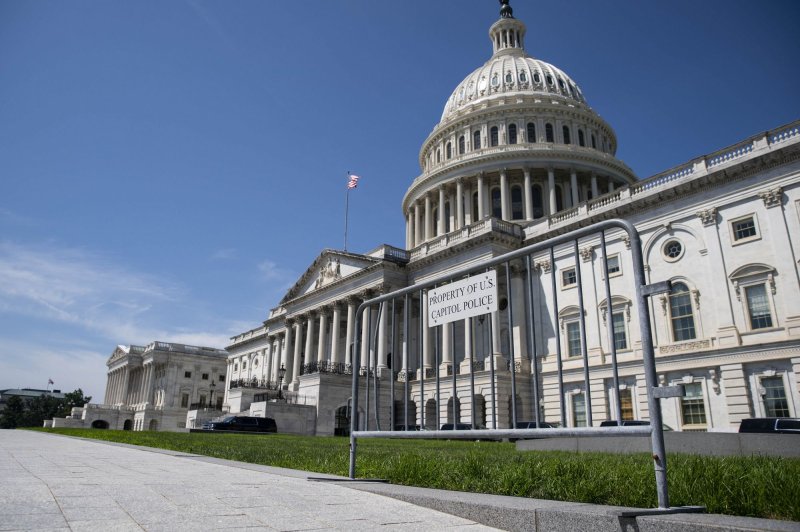 The nonpartisan Congressional Budget Office said Thursday that the bipartisan infrastructure bill will add $256 billion to the national debt between now and 2031. Photo by Sarah Silbiger/UPI | License Photo

Aug. 5 (UPI) -- The Congressional Budget Office on Thursday estimated the bipartisan infrastructure bill working through Congress would add $256 billion to the national debt over the next decade.

The nonpartisan agency's report said the bill would decrease direct spending by $110 billion, increase revenues by $50 billion and increase discretionary spending by $415 billion from 2021-2031.

"On net, the legislation would add $256 billion to projected deficits over that period," the CBO wrote.

The report did not factor in potential revenue increases created by economic growth.

Lawmakers introduced the $1.2 trillion bill, which includes some $550 billion in new spending on Sunday.

Lead infrastructure negotiators Sens. Rob Portman, R-Ohio, and Kyrsten Sinema, D-Ariz., issued a joint statement saying the cost of the bill, which does not include tax increases, is partially offset "through a combination of revenue and savings," some of which was reflected in the CBO's score that they described as "limited" and some of which is reflected in other savings and additional revenue.

"The American people strongly support this bipartisan legislation and we look forward to working with our colleagues on both sides of the aisle and President [Joe] Biden to get it passed through Congress and signed into law," they wrote.

Senate Democratic leader Chuck Schumer, D-N.Y., on Thursday also moved to end debate on the infrastructure bill, setting up a vote on Saturday.

"We've been working all day. But we aren't there yet as work continues on the agreement," Schumer said. "I believe we're very close to an agreement and see no reason why we can't complete this important bipartisan bill."

"Once they are we'll be able to wind things down," he added.

Amid the pressure to complete the bill, many senators are expected to leave the Capitol on Friday to attend a memorial service for retired Wyoming Sen. Mike Enzi who died following a bike accident in July.

After the Senate approves the bill and sends it to the House, the chamber will vote to approve a budget resolution providing a blueprint for a broader $3.5 trillion infrastructure package.

U.S. News // 6 hours ago
Fake heiress Anna Sorokin debuts prison drawings while in ICE custody
May 20 (UPI) -- Anna Sorokin, the convicted scammer who pretended to be an heiress named Anna Delvey, has unveiled a pop-up show of her prison drawings made while in the custody of U.S. Immigration and Customs Enforcement.