Schumer said he hopes to move the infrastructure bill to a vote this week after it has been debated. Photo by Bonnie Cash/UPI | License Photo

Senate negotiators said the bulk of the bill will put $550 billion into the broadband, power, transportation and water sectors. File Photo by Kevin Dietsch/UPI | License Photo

July 30 (UPI) -- The Senate voted Friday to advance a $1 trillion bipartisan infrastructure bill, virtually guaranteeing it will pass the chamber and be sent to the House.

Senate Democratic leader Chuck Schumer promised a floor vote on the measure within days after the chamber voted 67-32 to clear a procedural hurdle so it can be debated.

The pace is critical for senators, who are trying to keep their Aug. 9 recess on schedule.

President Joe Biden announced a month ago that Democrats and centrist Republicans had reached a framework for a bipartisan infrastructure package.

"Given the bipartisan nature of the bill, the Senate should be able to process this legislation rather quickly," Schumer said Friday, according to CNN. "We may need the weekend, we may vote on several amendments, but with the cooperation of our Republican colleagues I believe we can finish the bipartisan infrastructure bill in a matter of days."

Senate GOP leader Mitch McConnell was one of the Republicans who voted in favor of the infrastructure bill Friday.

While final details have not been unveiled, negotiators said the bill will put $550 billion into the broadband, power, transportation and water sectors.

Some Democrats are more interested in passing a larger $3.5 trillion package, which has no Republican support. That bill would have to be passed through budget reconciliation to avoid a Senate filibuster.

Sen. Kyrsten Sinema, D-Ariz., who helped negotiate the bipartisan bill, has suggested she would also vote for the Democratic package if they could trim the massive price tag. Other Democrats have questioned whether $3.5 trillion would be enough. 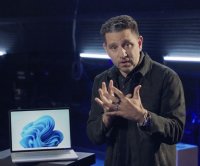 U.S. News // 7 hours ago
U.S. to double global shipments of COVID-19 vaccine doses to over 1B
Sept. 22 (UPI) -- President Joe Biden announced Wednesday that the United States is doubling its commitment to buy hundreds of millions of Pfizer's COVID-19 vaccine and ship them to other nations that are struggling to vaccinate their people.

U.S. News // 3 hours ago
San Jose State to pay $1.6M to female athletes in sexual harassment case
Sept. 22 (UPI) -- Federal prosecutors and San Jose State University in Northern California have agreed to a $1.6 million settlement for more than a dozen female student-athletes who said they were sexually harassed by a former trainer.

U.S. News // 6 hours ago
Federal marijuana legalization could tax drug back to the street, experts say
PORTLAND, Ore., Sept. 22 (UPI) -- The cannabis industry and its allies worry that federal legalization will come with higher taxes that'll put smaller companies out of business and send consumers back to the unregulated market. 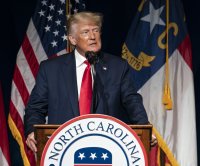