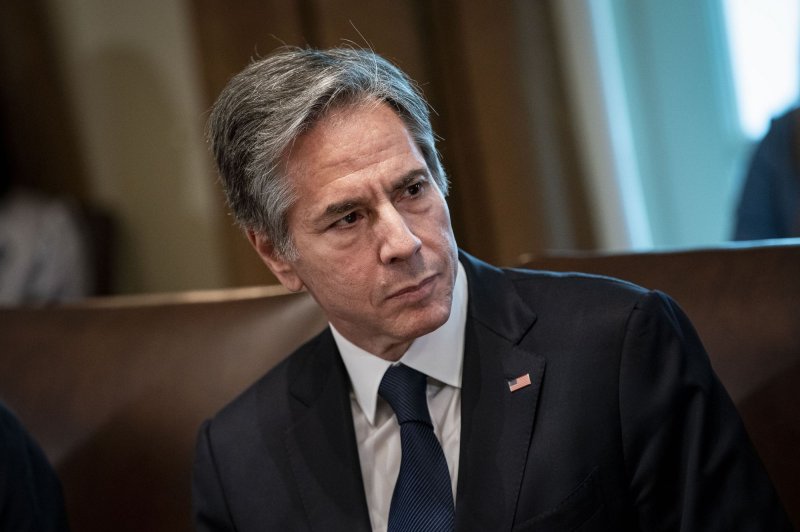 Secretary of State Antony Blinken on Tuesday condemned a swastika that was found carved in an elevator at the State Department, saying "hate has no place" at the agency. Photo by Al Drago/UPI | License Photo

July 27 (UPI) -- A swastika was found carved into an elevator at the State Department, prompting Secretary of State Antony Blinken to condemn the "hateful graffiti" on Tuesday.

The symbol, which was used prominently by the Nazis, was found etched into the wall of an elevator near the office of a State Department special envoy to monitor and combat anti-Semitism on Monday, Axios reported.

Blinken issued a condemnation on Twitter Tuesday, while not explicitly mentioning the swastika, declaring that "hate has no place" at the State Department.

"The hateful graffiti has been removed and this incident will be investigated. As this painfully reminds us, anti-Semitism isn't a relic of the past. We must be relentless in standing up and rejecting anti-Semitism," he wrote.

"To our Jewish colleagues: please know how grateful we are for your service and how proud we are to be your colleagues," he wrote. "And that goes for our entire diverse, dedicated team in Washington and around the world. It's an honor to serve alongside you on behalf of the American people."

The Anti-Defamation League tweeted that it was "very disturbing" to hear of the presence of the swastika, but praised Blinken for his "strong condemnation."

In its latest Audit of Antisemitic Incidents, the ADL reported that the United States recorded 2,024 incidents in 2020, the third-highest since it began its yearly tally in 1979. 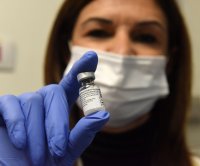