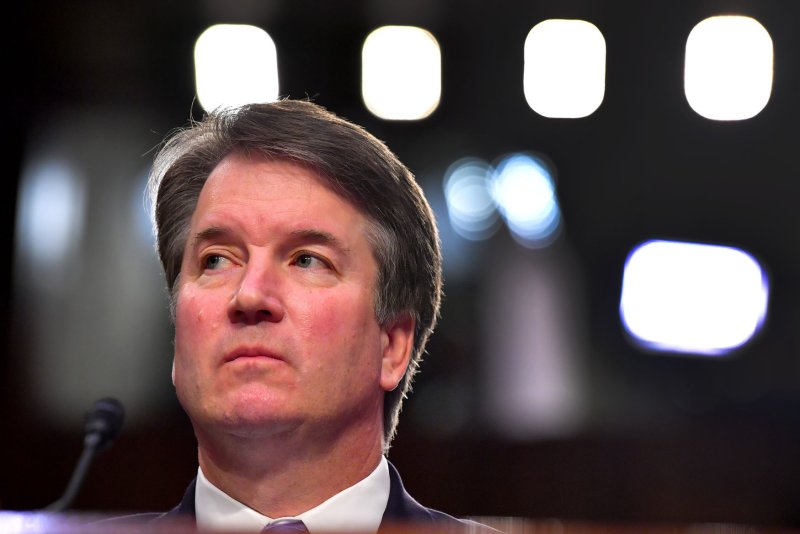 Sen. Sheldon Whitehouse, D-R.I., led the group of senators in alleging that "the FBI's tip line was a departure from past practice and that the FBI was politically constrained by the Trump White House" in the investigation. File Pool Photo by Susan Walsh/UPI | License Photo

In their letter to FBI Director Christopher Wray, pictured here, the lawmakers said the agency failed to explain how the tips were evaluated and ultimately categorized as relevant. File Photo by Tasos Katopodis/UPI | License Photo

Christine Blasey Ford testified before the Senate in 2018 that Kavanaugh sexually assaulted her at a party when they were in high school. File Photo By Tom Williams/UPI | License Photo

July 22 (UPI) -- A group of Senate Democrats on Thursday requested further scrutiny of the FBI's investigation into sexual assault and misconduct allegations against Supreme Court Justice Brett Kavanaugh after the agency said it received more than 4,500 tips related to the probe.

The members of the Senate Judiciary Committee led by Sens. Sheldon Whitehouse, D-R.I., and Chris Coons, D-Del., wrote in a letter to FBI Director Christopher Wray alleging that details of the investigation shared in a June 30 letter by Jill Tyson, assistant FBI director, showed the agency was politically influenced.

"Your letter confirms that the FBI's tip line was a departure from past practice and that the FBI was politically constrained by the Trump White House. It also belies the former president's insistence that his administration did not limit the Bureau's investigation of Justice Kavanaugh and his claim that he 'want[ed] the FBI to interview whoever [sic] they deem appropriate, at their discretion," they wrote.

The senators wrote that the fact the FBI received more than 4,500 tips but failed to explain how the tips were evaluated and ultimately categorized as relevant "corroborate and explain numerous credible accounts" of people who said they contacted the FBI with information but were ignored.

"If the FBI was not authorized to or did not follow up on any of the tips that it received from the tip line, it is difficult to understand the point of having a tip line at all," the lawmakers wrote.

The lawmakers also requested that the FBI answer by Aug. 31 whether it was directed by former President Donald Trump's White House to not interview Kavanaugh or his accuser, Dr. Christine Blasey Ford.

In April, Whitehouse called for a congressional review of the probe, accusing the FBI of conducting "a fake investigation" failed to follow through on leads related to the allegations and did not provide transparency about the information it received through the tip line.

U.S. News // 12 hours ago
Rochester officer faces discipline for role in Black man's death
Sept. 25 (UPI) -- A Rochester, N.Y. police officer faces charges stemming from the death of a Black man who died while being taken into custody. 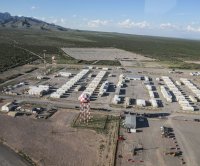 U.S. News // 21 hours ago
Appeals court refuses en banc review of Dylann Roof death sentence
Sept. 25 (UPI) -- A federal appellate court has refused to have its full panel of judges hear the appeal of his death sentence for the murder of nine people at a Charleston, S.C., in 2015.