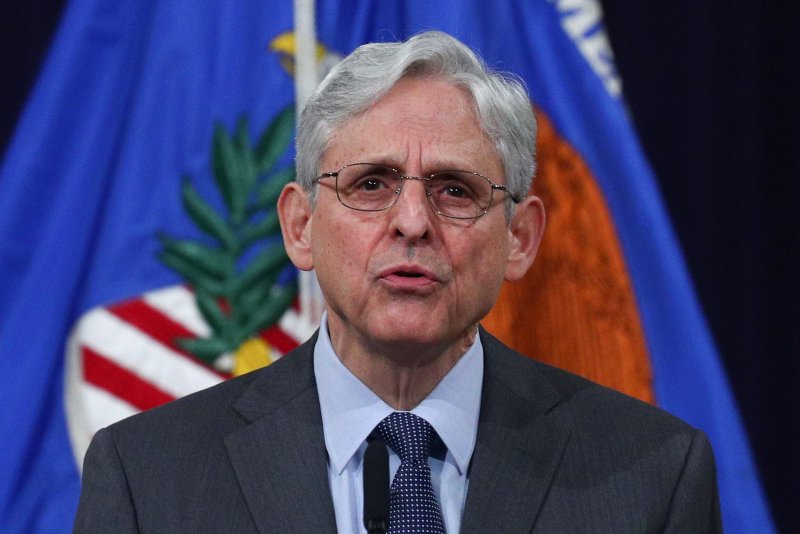 The five-page memo seeks to expand upon procedural safeguards to protect the Justice Department from partisan influences after former President Donald Trump frequently encouraged the agency to avoid prosecuting his allies and to pursue investigations into his rivals.

"The success of the Department of Justice depends upon the trust of the American people," Garland wrote. "That trust must be earned every day. And we can do so only through our adherence to the longstanding Departmental norms of independence from inappropriate influences, the principled exercise of discretion, and the treatment of like cases alike."

Garland's memo did not refer to Trump's actions but states the Justice Department will not advise the White House of upcoming civil law enforcement investigations or cases "unless doing so is important for the performance of the president's duties and appropriate from a law enforcement perspective."

Contacts about matters including budget, criminal justice policy issues and matters involving national security are mostly exempt from the policy.

Remus issued a similar memo highlighting "specific procedures" that apply to communications with the Justice Department.

"DOJ plays many different roles -- including as a prosecutorial and law enforcement agency, legal adviser to the president and Executive Branch departments and agencies, litigator that defends U.S. government policies and actions, and policymaker on a range of issues," Remus wrote. "The proper White House approach to the Department depends on which DOJ function is involved."

U.S. News // 16 hours ago
Dixie and Tamarack fires slow, evacuation orders ease
July 31 (UPI) -- The Dixie wildfire, which grew to over 220,000 acres, and the Tamarack Fire are now slowing down.

U.S. News // 17 hours ago
108 evacuated from Denver-area due to mudslides, heavy rain
July 31 (UPI) -- Interstate 70 at Glenwood Canyon is closed after a flash flood warning and multiple mudslides.

U.S. News // 20 hours ago
Orca stranded on rocks during Alaska's low tide, returns to sea
July 31 (UPI) -- A 20-foot orca that was stranded on a rocky southeast Alaskan beach floated back to sea later the same day during high tide, local officials said.