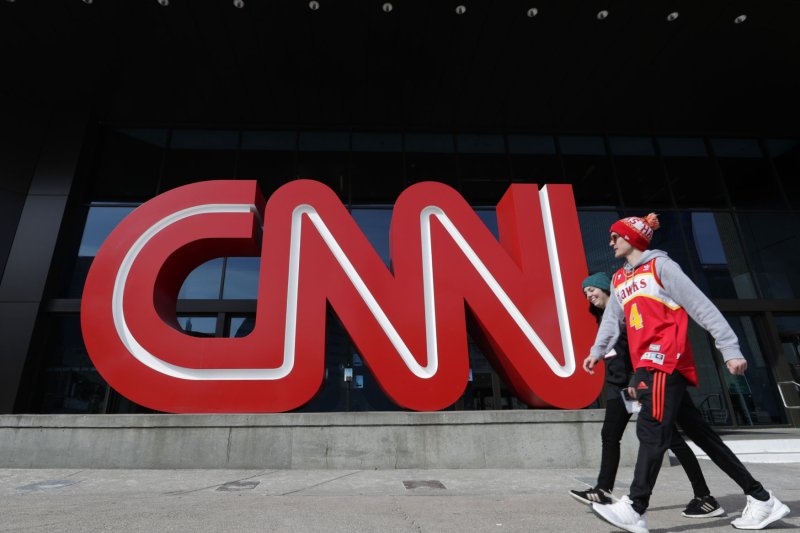 CNN+ will offer 8-12 hours of live, daily programming consisting of "topical deep dives and lifestyle content from some of CNN's most prominent talent," the network said. File Photo by John Angelillo/UPI | License Photo

Programming on the new, direct-to-consumer platform won't duplicate that of the current channel due to rights accorded to cable providers. Rather, it will parallel the TV product, featuring a mix of original, live, on-demand and interactive content, CNN Worldwide President Jeff Zucker said.

"CNN invented cable news in 1980, defined online news in 1995 and now is taking an important step in expanding what news can be by launching a direct-to-consumer streaming subscription service in 2022," Zucker said in a statement.

When it launches in the first quarter of 2022, CNN+ will offer 8-12 hours of live, daily programming consisting of "topical deep dives and lifestyle content from some of CNN's most prominent talent," the network said.

There will be a prominent interactive element, which will provide a platform "for fans to connect directly with anchors and experts in real-time conversations about the issues that matter most to them."

CNN's library of non-fiction documentaries and long-form original series and films will also be available to subscribers.

Andrew Morse, chief digital officer for CNN Worldwide, will be the executive in charge of CNN+, with oversight of the content, product development and business operations of the platform.

"For 41 years, global audiences have turned to CNN as an essential source of news and information, which is rooted in our deep commitment to quality journalism," he said. "CNN+ will be built on a foundation of world-class reporting and storytelling and a commitment to meet our audiences wherever they are."

U.S. News // 5 hours ago
Coastal storm to bring days of dreary weather along Northeast beaches
AccuWeather meteorologists are tracking a new, non-tropical storm off East Coast of U.S., fed in part by Ian, they say will bring pounding surf, coastal flooding and windswept rainfall from Virginia to Long Island.