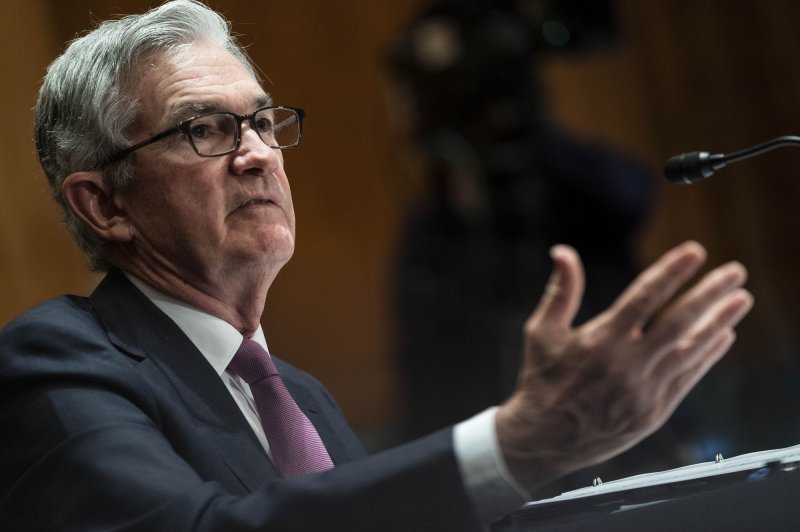 Federal Reserve Board Chairman Jerome Powell said Thursday that the U.S. economy is "experiencing a big uptick in inflation" but has the tools to address it in testimony before the Senate. Photo by Sarah Silbiger/UPI | License Photo

In testimony before the Senate Banking Committee, Powell continued to acknowledge rising inflation but said the central bank has "tools to address that."

"We're experiencing a big uptick in inflation, bigger than many expected, bigger certainly than I expected, and we're trying to understand whether it's something that will pass through fairly quickly, or whether, in fact, we need to act," he said.

Powell said the Fed is confronting the challenge of how to react to the inflation "which is larger than we had expected or that anybody had expected" but reiterated that the central bank will continue to be patient before altering its monetary policies.

"To the extent that it is temporary, then it wouldn't be appropriate to react to that. But to the extent that it gets longer and longer, we'll have to continue to reevaluate the risks that would affect inflation expectations and would be of longer duration ad that's what we're monitoring," he said.

The Labor Department on Thursday also reported that about 360,000 workers in the United States filed new unemployment claims, a decrease of 26,000 claims from the previous week.

Morgan Stanley surpassed analysts' expectations in its second-quarter earnings report, but shares closed the day up 0.18%.

"As of late, bank stocks and the financial sector writ large has been flagging a bit after what's been a pretty strong early part of the year for that sector. And I think there's a couple of things going on," Jason Ware, Albion Financial Group partner and chief investment officer, told Yahoo Finance. "First of all, the elements that were driving bank stocks higher and other groups as well in that cyclical and value trade has begun to wane a bit as the market is beginning to digest what is now becoming known as peak growth."

Amid the second-quarter earnings report this week, 18 S&P 500 companies beat analyst estimates with an average earnings-per-share result 18% higher than expected but saw their shares fall 0.58% on average after reporting.

"The market did as well as it did in the past year because it was in anticipation of the improvement in earnings that we're seeing right now," said Liz Ann Sonders, chief investment strategist at Charles Schwab. "A lot of news has been priced in."

U.S. News // 20 minutes ago
Kroger to open ghost kitchens at U.S. grocery stores this fall
Aug. 4 (UPI) -- The largest grocery store chain in the United States announced on Wednesday that it's teaming up with a startup to place ghost kitchens in some supermarkets, starting this fall. 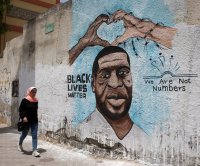 U.S. News // 15 hours ago
Lawyers seek to separate ex-officers' trials from Chauvin's in federal case
Aug. 3 (UPI) -- The lawyers for three former Minneapolis police officers facing federal charges related to the police killing of George Floyd asked to have their clients' trials separated from from that of fellow defendant Derek Chauvin