Tropical Storm Elsa menaces the Caribbean on its way to the Southeast U.S.

Hurricane Elsa was about 440 miles east-southeast of Kingston, Jamaica, packing sustained winds of 75 mph and booking toward the west-northwest at 31 mph at 8 a.m. EDT Saturday. Image courtesy of the National Hurricane Center

Elsa underwent rapid intensification early Friday morning and became the first hurricane of the 2021 Atlantic season as it raced toward the Caribbean islands. Within 24 hours, Elsa went from tropical-storm strength with 40-mph winds to a Category 1 hurricane with 75-mph winds.

By its maximum sustained winds increasing by at least 35 mph within 24 hours, the storm's strengthening just met the criteria set by the National Hurricane Center to qualify as "rapid intensification."

Later Saturday it was downgraded back to a tropical storm.

AccuWeather forecasters are keeping a close eye on the storm as it is expected to approach the United States after moving through the Caribbean through the weekend.

Elsa was about 440 miles east-southeast of Kingston, Jamaica packing sustained winds of 75 mph and booking toward the west-northwest at 31 mph at 8 a.m. EDT Saturday. Hurricane-force winds, 74 mph or greater, extended out 25 miles from the storm's center and tropical-storm-force winds extended out farther up to 125 miles out from its center.

As of Saturday, AccuWeather forecasters say Elsa is most likely to enter the eastern Gulf of Mexico and approach Florida next week.

"Elsa is expected to regain wind intensity early next week once it passes north of Cuba and moves into the eastern Gulf," AccuWeather Senior Meteorologist Adam Douty said. "And there is a chance that conditions may be favorable for Elsa to affect Florida as a hurricane for a time during Tuesday and Wednesday."

Weather conditions could begin to deteriorate in the Florida Keys and southern Florida as soon as Monday night. At this early stage, there is the likelihood of flooding rainfall, damaging winds and power outages over the Florida Peninsula with perhaps the worst conditions along the Gulf Coast side.

Rather than tracking along the Gulf Coast of Florida, Elsa could instead move northward over the Florida Peninsula, shifting the rainfall and gusty winds inland. The exact track of the center of circulation is key in determining wind direction and intensity of the storm as it impacts the Sunshine State.

The potential impacts across numerous barrier islands and inland harbors along Florida's Gulf Coast will all be determined by the direction, magnitude and duration of the wind. As the storm lifts northward across the state, shifting winds will also batter different sections of shoreline.

But Elsa's exact track and strength - whether it approaches the U.S. as a tropical storm or a hurricane - will be determined by how it behaves over the Caribbean. 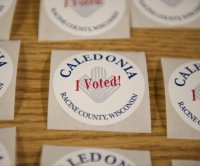 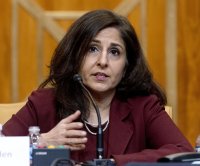 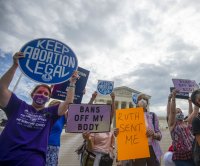