New Mexico allows recreational cannabis but no one can sell it

Image of cannabis leaf. New Mexico became the latest state to allow cannabis use, but no one can sell it there yet. File  photo by lovingimages/Pixabay

June 29 (UPI) -- New Mexico started allowing the legal possession and recreational of cannabis on Tuesday for adults 21 and over despite not having a legal market to sell it.

Adults can possess up to 2 ounces of cannabis or 16 grams of a cannabis extract, or up to 800 milligrams of edible cannabis, at one time. At the same time, since the legal market is not established, sale of it is banned.

The state's Cannabis Regulation Act stipulates that the start of retail sale of cannabis will start no later than April 1, 2022.

Until then, one workaround is for consumers to purchase and bring in cannabis products from other states, like neighboring Colorado, which has a robust cannabis industry.

A second workaround is growing cannabis, with individuals being allowed to harvest six plants per individual and 12 for a household.

"It's important to know there's no place to buy it here, but certainly, it's not going to be illegal to possess it," Linda Trujillo, superintendent for the New Mexico Regulation and Licensing Department, said, according to KOB-TV. "I've shared with folks that we'll do our best to move that [April 1] date as far forward as we can. But at this point, there are so many different moving pieces that I can't give any kind of an estimate."

The new law does not allow cannabis users to light up in public but does allow for the eventual establishment of "cannabis consumption areas" where it will be allowed. For now, consumers face a $50 civil penalty for smoking marijuana in public. 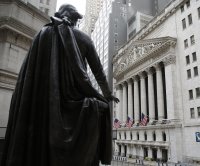 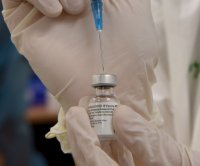