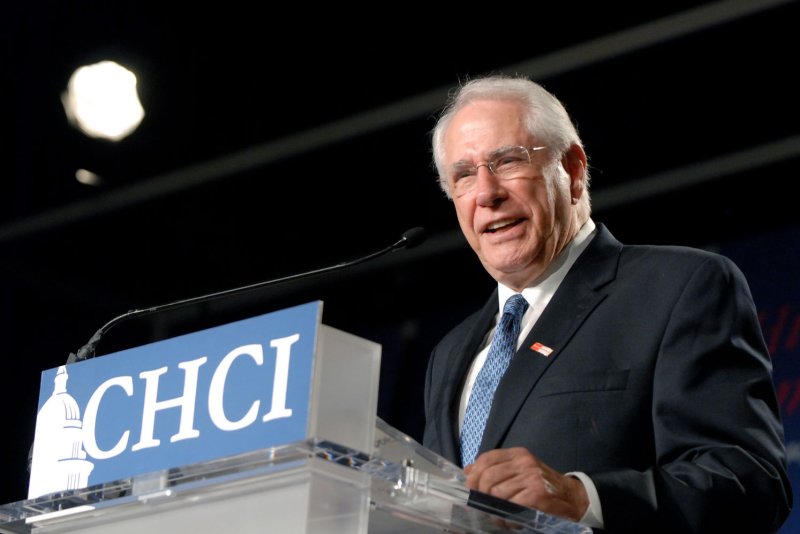 Gravel's daughter, Lynne Mosier, said he died at his home in Seaside, Calif., and the cause of death was multiple myeloma, The New York Times and The Washington Post reported.

Gravel, a Democrat, who represented Alaska in the U.S. Senate for two terms was most known for reading passages of the Pentagon Papers aloud into the Congressional Record and later launching a pair of longshot presidential bids.

Born in Springfield, Mass., on May 13, 1930, Gravel served in the U.S Army in Germany during the Korean war and went on to graduate with an economics degree from Columbia University in 1956 when he moved to Alaska, which had not yet become a state, in hopes of launching a political career.

After launching a prosperous career in real estate development, Gravel was elected to the state House of Representatives and climbed the role of speaker in 1965.

He won a seat on the U.S. Senate in 1968 by voicing support for the Vietnam War but quickly changed his stance upon taking office, reading the Pentagon Papers -- which detailed the top-secret government decision-making related to the war -- into the record at a time when the government had ordered The New York Times and The Washington Post not to print the documents.

"Arms are being severed. Metal is clashing through human bodies because of the public policy this government and all its branches continue to support," he said in his own speech against the ware before declaring he was "physically incapable of continuing any longer" as he broke down in tears.

Gravel's political tactics largely alienated him from his party and an attempt to seek support for an unauthorized run for the vice-presidential nomination at the Democratic National Convention in 1972 left him further on the outskirts.

He was defeated in the 1980 primary and returned to Alaska where he failed in an attempted return to real estate.

The failure left Gravel and his company bankrupt, as he and his wife divorced and he moved to California where he once again pursued politics.

In 2008, he launched a bid for president, critiquing Barack Obama, Hillary Clinton and Joe Biden, who he described as the "mainline" candidates for their support of the U.S. invasion of Iraq in 2003 and their failure to renounce nuclear weapons but gained little traction.

Gravel filed to run for president in 2019, but ended his campaign in August after failing to qualify for the first two debates, using his remaining funds to establish the Gravel Institute, a progressive think tank.