The 33-page decision by a disciplinary panel stated that Giuliani, former President Donald Trump's personal lawyer, made "demonstrably false and misleading" statements about the 2020 elections.

The state also ties Giuliani's false claims about an unfair election that helped incite the storming of the Capitol in January.

"These false statements were made to improperly bolster respondent's narrative that due to widespread voter fraud, victory in the 2020 United States presidential election was stolen from his client," the court ruled.

Trump filed a series of lawsuits in the battleground states of Pennsylvania, Michigan, Arizona, Nevada and Georgia after losing the election. He claimed President Joe Biden had "stolen" the election from him through voter fraud.

The ruling lists several instances of misconduct and misstatements by Giuliani, which served as the basis for its motion to suspend his license.

"This factual statement regarding the number of ballots mailed out before the election was simply untrue," the report stated, adding that 3.08 million absentee ballots were mailed out with over 2.5 million mail-in ballots tallied.

Rather than deny the claim, Giuliani pinned the blame on an unnamed "member of his team" who provided the information, according to the report.

The court laid out more evidence of misstatements, including when Giuliani quantified the amount of "dead people who voted" at 8,021 while also reporting that number as 30,000.

Giuliani argued that since the legal matters following the election concluded, he wouldn't be making any statements about the election as an attorney. He also said that he would "continue to exercise personal discipline."

The court said Giuliani has done the opposite of show restraint, proving its point by listing at least six instances where Giuliani broadcast his claims and opinions on radio shows.

"Each of the false statements identified and analyzed herein was made multiple times on multiple platforms, reaching countless members of the public," the ruling stated. "The seriousness of respondent's uncontroverted misconduct cannot be overstated."

The court said that as the country is torn apart by attacks on the legitimacy of the 2020 elections, false statements on the integrity of free and fair elections have resulted in a loss of confidence in the election process.

The court argued that Giuliani's misconduct directly "inflamed tensions that bubbled over into" the storming of the Capitol on Jan. 6.

The ruling comes the day after the Michigan Senate rejected Trump's claims. Its decision was based on a months-long investigation of the presidential election.

U.S. News // 37 minutes ago
1 body found after boat capsized off Florida, 38 still missing
Jan. 26 (UPI) -- Coast Guard officials said Wednesday that one body has been recovered in the Atlantic Ocean after a small boat capsized near Fort Pierce, Fla. 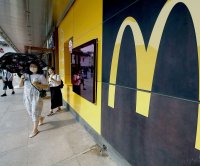 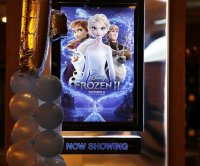 U.S. News // 3 hours ago
Officials say California wildfire caused by burn pile; blaze 50% contained
Jan. 26 (UPI) -- A wildfire that's so far torched more than 700 acres and forced hundreds of residents to evacuate along California's central coast was caused by hot embers that were left over from a burn pile, officials said. 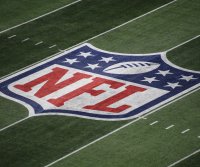 U.S. News // 4 hours ago
NFL earned record $1.8B from sponsorship deals in 2021-22 season, report says
Jan. 26 (UPI) -- Gambling contributed a big chunk of sponsorship revenue the National Football League received over the 2021-22 season, which was close to $2 billion. 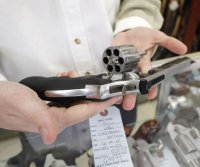