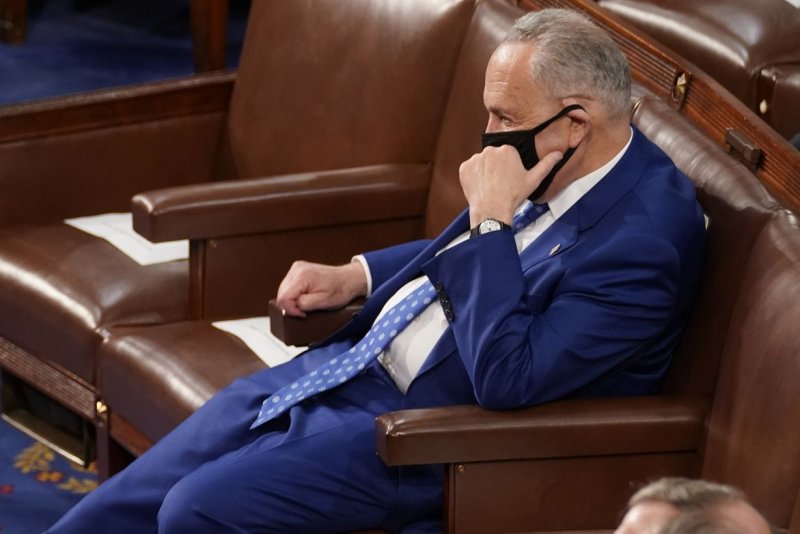 Senate Majority Leader Chuck Schumer, D-N.Y., will only one chance to get priorities through the budget reconciliation process.  Pool Photo by Andrew Harnik/UPI | License Photo

Senate Parliamentarian Elizabeth MacDonough has effectively ruled that the 2021 budget could have just one more automatic reconciliation, which requires only a simple majority to pass.

This came as a surprise to Senate Majority Leader Charles Schumer, D-N.Y., who expected to use the procedure two more times to advance the $2.3 trillion American Jobs Plan, the $1.8 trillion American Families Plan, Medicare expansion and lowering the price of prescription drugs.

Those will have to be crammed into one package if Democrats want to sidestep normal procedures and the onetime reconciliation vote.

MacDonough determined the budget review procedure was too lengthy and needed to go through the Senate Budget Committee. While senators will be able to submit revisions, MacDonough stressed restraint.

Schumer plans to bring Biden's infrastructure plan up for a vote in July.

Administration officials have expressed optimism that an agreement can be reached next week.

"The White House really wants this to be a bipartisan effort, and so we're not willing to pull the ripcord [until] we really make sure that the Republicans are not willing to budge anymore," Energy Secretary Jennifer Granholm said on CNN. "Everybody is testing out the other side to see who is earnest about wanting to get to a bipartisan vote." 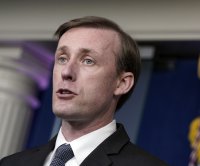 U.S. News // 10 hours ago
U.S. on track to miss July 4 vaccine goals as Delta variant looms
June 20 (UPI) -- The United States stands at 65.3% of adults with at least one COVID-19 vaccine dose with two weeks until President Joe Biden's goal of 70% by July 4, as the so-called Delta variant becomes more prevalent.