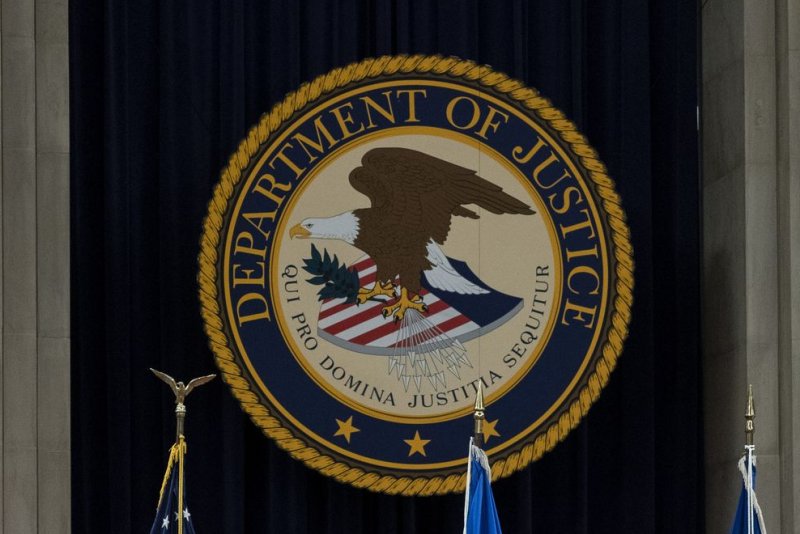 The Department of Justice on Tuesday announced it has seized Internet domains prosecutors say Russian hackers used as part of a recent attack involving the U.S. Agency for International Development. Photo by Kevin Dietsch/UPI | License Photo

Prosecutors said in a statement Tuesday that they seized two domains on Friday that Russia-linked Nobelium hacker group had used as part of its wide-scale attack targeting some 3,000 individual accounts across more than 150 governments, think tanks and organizations.

The scheme, uncovered by Microsoft on Thursday, involved gaining access to the Constant Contact email service of the USAID from which the hackers sent malicious links through authentic-looking government emails to their targets.

When the links were clicked, a malicious file would download a so-called back door onto the computer offering the hackers access to its information and that of other computers on its network.

Microsoft said most of the emails distributed were blocked by email threat detention systems and marked as spam though some may have been delivered.

The Justice Department said it seized theyardservice.com and worldhomeoutlet.com through a court order with the aim to disrupt Nobelium's activities and identify victims, though prosecutors state the hackers may have deployed other backdoors between the initial attack, which began May 25, and Friday's seizure.

"Last week's action is a continued demonstration of the department's commitment to proactively disrupt hacking activity prior to the conclusion of a criminal investigation," said Assistant Attorney General John Demers of the department's National Security Division.

Nobelium has been blamed for the attack in November that breached at least nine U.S. federal agencies and dozens of companies through the widely used SolarWinds software.

U.S. News // 4 hours ago
Tenn. inmate gets life sentence for killing prison official during escape
June 14 (UPI) -- A Tennessee inmate received a life sentence without parole Monday after pleading guilty to raping and murdering a prison administrator during an escape two years ago.

U.S. News // 8 hours ago
CEO, CFO of electric truck-maker Lordstown Motors resign
June 14 (UPI) -- Shares of Lordstown Motors fell nearly 20% after CEO Steve Burns and CFO Julio Rodriguez resigned only a day after reports that the company may have trouble staying afloat the remainder of the year.
Advertisement