American singer Marilyn Manson, shown here at the Fashion Awards at Royal Albert Hall in London in December 2016, was sued this week by a former girlfriend alleging rape and sexual abuse in 2011. Photo by Rune Hellestad/ UPI | License Photo

May 29 (UPI) -- An anonymous woman has filed a lawsuit against Marilyn Manson accusing the singer of rape and sexual abuse in 2011.

The plaintiff, listed as "Jane Doe" in the lawsuit, has alleged that the 52-year-old singer -- whose legal name is Brian Warner -- raped and sexually abused her multiple times during a relationship alleged to have begun in 2011.

The suit was filed Friday in the Los Angeles County Superior Court, and the woman asked to remain anonymous because she has "very reasonable fears," NBC News reported.

She is seeking damages and a declaration that his conduct broke the law, People reported.

According to the lawsuit, Manson asked the plaintiff to move in with him two weeks into the relationship and that she was "required to be with him quite often."

The complaint also alleges Manson showed the plaintiff a videotape of himself allegedly abusing a different young woman by tying her to a chair, threatening her with a gun and making her drink what appeared to be urine.

Jane Doe said Manson told her he had filmed the video in 1996 and kept the tape locked in a safe for years.

After seeing it, the plaintiff said she feared for her life after viewing the video and said sex with Manson begame increasingly violent, that he would grab her forcefully -- and that when she attempted to return a key to his house, he allegedly raped and threatened to kill her.

According to the lawsuit, the woman repressed her memories of the alleged rape until earlier this year, when multiple women publicly accused him of sexual and physical abuse.

Earlier this week police in New Hampshire announced they have an arrest warrant out for the singer in connection with a 2019 assault. 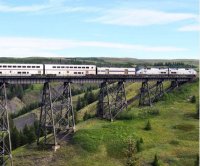