President Ronald Reagan and Sen. John Warner of Virginia wave as they prepare to leave the White House for a visit to Richmond, Va., on March 28, 1988. File Photo by Vince Mannino/UPI | License Photo

Sen. John Warner of Virginia brushes snow from his car outside the White House in Washington, D.C., after meeting with President Jimmy Carter on February 7, 1979. File Photo by Darryl Heikes/UPI | License Photo

May 26 (UPI) -- Former U.S. Sen. John Warner, who was known on Capitol Hill for his work on military affairs and in Hollywood as the ex-husband of actress Elizabeth Taylor, has died at age 94.

Warner, a Republican former senator from Virginia, died at his Alexandria, Va., home on Tuesday. His death was announced by longtime chief of staff Susan Magill.

The secretary of the U.S. Navy between 1972 and 1974, Warner held the second-longest tenure for a Virginia senator, serving five terms between 1979 and 2009. He helped plan the United States' Bicentennial celebration in 1976 and was known for pushing back against his party's increasing conservative tone.

Warner was undersecretary of the Navy for three years before he was promoted to secretary in the administration of President Richard Nixon. His naval oversight tenure occurred at the height of the Vietnam War.

Before that, he was an enlisted sailor during the second world war and then served as a Marine Corps officer during the Korean War.

"Today, on behalf of the Department of Defense, we mourn the loss of Sen. John Warner and celebrate his life of extraordinary service to our country," Secretary of Defense Lloyd Austin said in a statement. "From his early days serving in the military to his distinguished careers at the Pentagon and in the United States Senate, Sen. Warner set an enduring example of principled leadership."

In 1987, he broke ranks with Republicans as one of 15 GOP senators who opposed Reagan's nomination of Robert Bork to the U.S. Supreme Court. He also declined to support fellow Republican and controversial Iran-Contra figure Oliver North when he unsuccessfully ran for Virginia's other Senate seat in 1994.

He was known for independence as chair of the Senate Armed Services committee, pushed for legislation to ban the torture of alleged terrorists and opposed the so-called don't ask, don't tell policy of the Clinton administration.

He also supported the campaign of Democratic President Joe Biden, who said Warner "lived an extraordinary life of service and accomplishment." The two served together in the Senate for about three decades.

"The John Warner I knew was guided by two things: his conscience and our Constitution. And, when acting in accordance with both, he neither wavered in his convictions nor was concerned with the consequences," Biden said.

"Through his service in uniform and the Senate, John Warner deftly helped guide our ship of state. Today our hearts and prayers are with his family."

An attorney by training who attended the University of Virginia's law school with New York Sen. Robert Kennedy, Warner worked for Nixon during his presidential campaign in 1960, which he ultimately lost to John F. Kennedy.

"My lifestyle is now quite different," he said after the divorce in 1982.

Taylor married only once more after divorcing Warner. She died in 2011.

He had three children from his first marriage to Catherine Mellon, the granddaughter of banking and steel millionaire Andrew Mellon.

U.S. News // 1 hour ago
Sullivan: More Navalny-related sanctions targeting Russia coming
June 20 (UPI) -- A senior White House official said the Biden administration was putting together a second round of sanctions to punish the Kremlin over its poisoning of opposition politician Alexei Navalny.

U.S. News // 10 hours ago
U.S. on track to miss July 4 vaccine goals as Delta variant looms
June 20 (UPI) -- The United States stands at 65.3% of adults with at least one COVID-19 vaccine dose with two weeks until President Joe Biden's goal of 70% by July 4, as the so-called Delta variant becomes more prevalent. 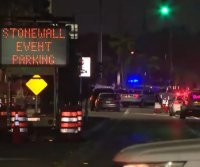 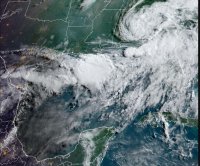