Hamas militants parade through Rafah in the southern Gaza Strip during an anti-Israel rally on May 28. Photo by Ismael Mohamad/UPI | License Photo

May 24 (UPI) -- Secretary of State Antony Blinken left Monday to travel to the Middle East following the cease-fire between Israel and Hamas that ended nearly two weeks of violence in Gaza.

President Joe Biden said Blinken "will continue our administration's efforts to rebuild ties to, and support for, the Palestinian people and leaders, after years of neglect."

The State Department said Blinken will visit Israel, the West Bank, Jordan and Egypt. The White House said during the trip he will meet with Israeli leaders and discuss "ironclad" U.S. commitment to Israeli security.

Blinken said Sunday that Biden is committed to a two-state solution in Gaza while allowing Israel the "means to defend itself."

Blinken said the Israeli-Palestinian conflict must end in a way that allows both to live with "equal measures of security, of peace and of dignity."

The trip comes days after an Egyptian-brokered cease-fire in Gaza took effect and ended an 11-day Israeli bombing campaign that killed more than 230 people.

After the cease-fire, Biden said the United States will provide humanitarian aid to Gaza in a partnership with the Palestinian Authority. The U.S. government

Earlier this year, Biden's administration restored more than $200 million in U.S. aid to Palestinians, most through the United Nations refugee program, which had been cut out by former President Donald Trump.

The United States provides billions in military aid to Israel, including a current $735 million arms sale, which some congressional Democrats are trying to block.

"We're committed to giving Israel the means to defend itself," Blinken said Sunday.

"At the same time, any arms sale is going to be done in full consultation with Congress." 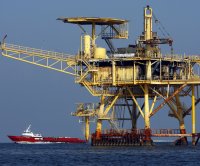 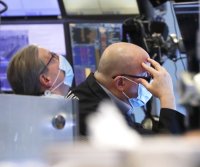