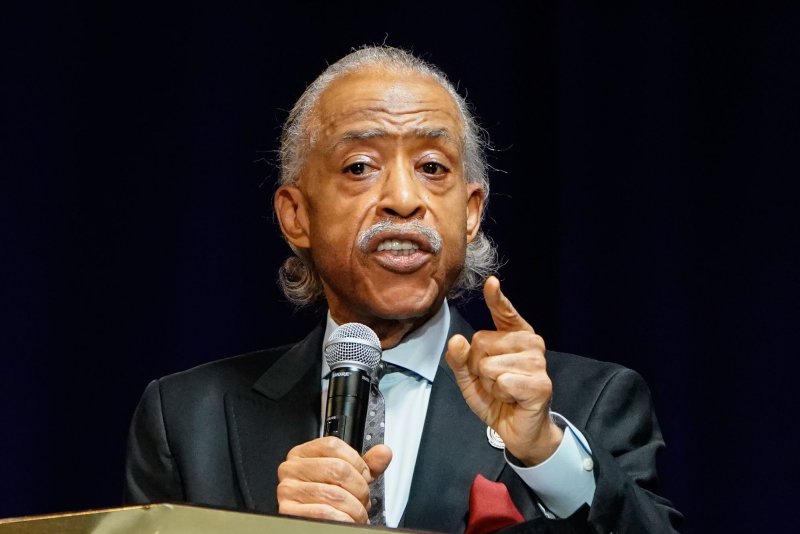 May 3 (UPI) -- Civil rights leader Rev. Al Sharpton on Monday called for the release of bodycam footage in the death of Andrew Brown Jr., who was killed by sheriff's deputies last month in North Carolina.

Sharpton, speaking during a eulogy for Brown at the Fountain of Life Church in Elizabeth City, N.C., called the authorities' decision not to immediately release the full video of his April 21 shooting death a "con game."

So far, Brown's family has been allowed by Pasquotank County authorities to see only an edited, 20-second clip of his death, while a judge last week blocked the release of the full video to the public.

Releasing the footage would "create a serious threat to the fair, impartial and orderly administration of justice," Pasquotank County Superior Court Judge Jeff Foster ruled in granting a request from the county's district attorney.

However, Foster also mandated that Brown's family must be allowed to view the footage within 10 days.

Sharpton said the delay in releasing the video amounted to a game of "three-card Monte."

"The county, the city and the D.A., they're playing a shell game," Sharpton said as mourners voiced their approval.

"They're saying that they don't want to release the tape because it might prejudice a grand jury. Well, the grand jury is supposed to see the tape themselves ... I know a con game when I see it. Release the whole tape and let the folks see what happened to Andrew Brown."

The civil rights activist disputed the legitimacy of the delay, saying, "You don't need time to get a tape out. Put it out. Let the world see what it is to see. If you got nothing to hide, then what are you hiding?"

Brown family attorney Chantel Cherry-Lassiter said the clip seen by family members showed Brown had his hands on the steering wheel of his car at the time he was shot, claiming it showed Brown posed no threat to officers.

Pasquotank County District Attorney Andrew Womble, however, disputed that characterization as "patently false" during last week's court appearance, asserting that Brown attempted to escape by driving his vehicle into police vehicles, which had boxed him in during the arrest.

He said Brown's car moved toward officers and made contact with them.

Protesters march against police brutality on anniversary of MLK speech

A man poses in front of the Martin Luther King Jr. Memorial following the "Commitment Rally: Get Your Knee Off Our Necks" at the Lincoln Memorial in Washington, D.C., on Friday. Photo by Ken Cedeno/UPI | License Photo

U.S. News // 6 hours ago
Officials close 2 Long Island beaches after unprecedented shark attack
July 3 (UPI) -- Officials in Long Island closed two beaches to swimming on Sunday after a lifeguard participating in a training exercise was attacked by a shark.

U.S. News // 19 hours ago
Gunman kills two civilians, injures three officers in Texas shootout
July 3 (UPI) -- A Texas gunman killed two people and injured a third Saturday before a shootout with law enforcement that left three police officers injured in Haltom, which is part of the Dallas-Fort Worth region