U.S. agrees to send AstraZeneca vaccine doses to other countries 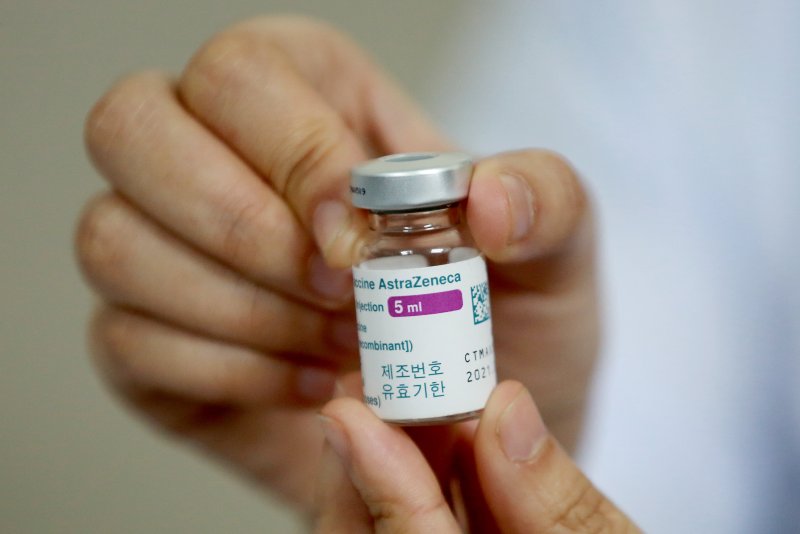 "U.S. to release 60 million AstraZeneca doses to other countries as they become available," Slavitt tweeted.

The announcement comes amid mounting pressure from lawmakers and experts since the United States has millions of doses of AstraZeneca vaccine that is authorized in other countries, such as India, where the COVID-19 crisis is worsening. The vaccine is not yet authorized for use in the United States.

U.S. Rep. Raja Krishnamoorthi, D-Ill., called on President Joe Biden's administration "to release millions of AstraZeneca doses to countries hardest hit by the spread of COVID-19, including India, Argentina, and potentially others," in a statement Thursday.

A day later, U.S. Rep. Ro Khanna, D-Calif., praised the administration's assistance to India amid shortages of oxygen due to COVID-19 surge in the country, including personal protective equipment, and oxygen generation supplies, and urged the administration to also release AstraZeneca vaccines to India.

On Saturday, Brown University School of Public Health Dean Ashish Jha also urged the Biden administration to send AstraZeneca doses to India in an op-Ed in The Washington Post.

"To everyone who understandably says: 'about time' or 'what were they waiting for,' at this time there are still very few available. No real time has been lost," Slavitt tweeted.

White House Press Secretary Jen Psaki said at a news conference Monday the AstraZeneca doses cannot be released immediately since they have to undergo Food and Drug Administration safety reviews, but she expects "in the coming weeks," about 10 million doses will be available upon the FDA clearance.

Fifty million additional doses are in "various stages of production" and may be available in May and June, Psaki added.

Doctors Without Borders welcomed the move Monday, but urged the Biden administration to transfer its vaccine technology and production information to aid manufacturers to boost the global supply as well as donate its surplus vaccine doses to the World Health Organization-led COVAX Facility, which aims for worldwide equitable access to vaccines.

The WHO has been warning mostly Western countries for months now against so-called vaccine hoarding with its director-general, Tedros Adhanom Ghebreyesus, last month describing the inequitable distribution of vaccines as "becoming more grotesque every day.

"While people in the U.S. are getting vaccinated at record rates, we don't have the luxury of turning a blind eye and moving on with our lives," Dr. Carrie Teicher, the director of programs at DWB-USA, said in a statement. "Hoarding COVID-19 vaccines in the U.S. will only hurt all of us in the end; the longer it takes to vaccinate everyone in the world, the greater the risk to us all as new variants have more opportunity to take hold."

DWB said the United States has secured enough vaccines to inoculate all its 330 million population with some 500 million doses in surplus while 0.3% of global vaccine supply has reached low-income countries.

The United States last month announced plans to share 4 million AstraZeneca vaccines with Mexico and Canada while its health regulators considered the shot for approval.