April 15 (UPI) -- Less than a day after President Joe Biden announced the withdrawal of U.S. troops from Afghanistan, Secretary of State Antony Blinken made a surprise visit to the war-torn country to assure Afghan officials of continued U.S. support.

In the capital Kabul, Blinken met with Afghan President Ashraf Ghani to make clear the United States continues to stand with Afghanistan and its people, a readout of the meeting from the State Department said.

He also spoke with Abdullah Abdullah, chairman of the Afghan government, where Blinken reiterated the U.S. commitment to the ongoing peace process, a second readout said.

"I've come to Afghanistan today because it was important to me and important to President Biden to convey in person America's commitment to an enduring partnership with Afghanistan and the Afghan people," Blinken told reporters from the U.S. Embassy in Kabul after the meetings.

On Wednesday, Biden announced all 2,500 U.S. troops in Afghanistan will be withdrawn by Sept. 11, the 20-year anniversary of the terrorist attacks that led to the United States' longest war.

Shortly after the announcement, NATO said it agreed with the plan and would begin withdrawing its forces starting May 1.

In total, NATO and U.S. troops amount to more than 9,500 service members in the country.

Blinken told reporters Thursday that the United States had never intended to have a permanent military presence in Afghanistan and that they have achieved their military objective and it was time for U.S. troops to return home.

However, that does not signal the end of their relationship with Afghanistan, he said.

He said there is strong bipartisan support for the Afghan Security Forces and in the exit of U.S. troops the State Department will intensity diplomacy with the Afghan government, the Taliban and regional partners who have a stake in the country's future.

"We'll stand with the Afghan people, including through economic investment and development assistance, as they work toward a more prosperous future," he said. "We'll continue to support civil society and to advocate for equal rights for women, including their meaningful participation in the ongoing negotiations and their equal representation throughout society."

After the news of the withdrawal was announced, Ghani said he spoke with Biden about the plan and that his government "respects the U.S. decision and we will work with our U.S. partners to ensure a smooth transition."

"Afghanistan's proud security and defense forces are fully capable of defending its people and country, which they have been doing all along, and for which the Afghan nation will forever remain grateful," he tweeted.

The announcement of the withdrawal was made amid peace negotiations between the Taliban and the Afghanistan government.

U.S. News // 4 hours ago
U.S. sanctions company, three people tied to IS funds
May 18 (UPI) -- The Biden administration imposed sanctions to cut off international donations to the Islamic State.

U.S. News // 12 hours ago
Pandemic hasn't much changed Americans' trust in gov't: Survey
May 17 (UPI) -- A year after the outbreak of the COVID-19 pandemic, Americans' trust in the federal government remains low and attitudes about its responsibilities are little changed, a surveyed showed Monday.

U.S. News // 13 hours ago
Supreme Court restricts use of warrantless searches in homes
May 17 (UPI) -- The U.S. Supreme Court on Monday ruled that a doctrine allowing police to carry out searches without a warrant in some cases does not apply to entering private homes. 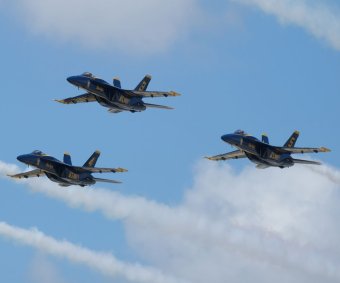