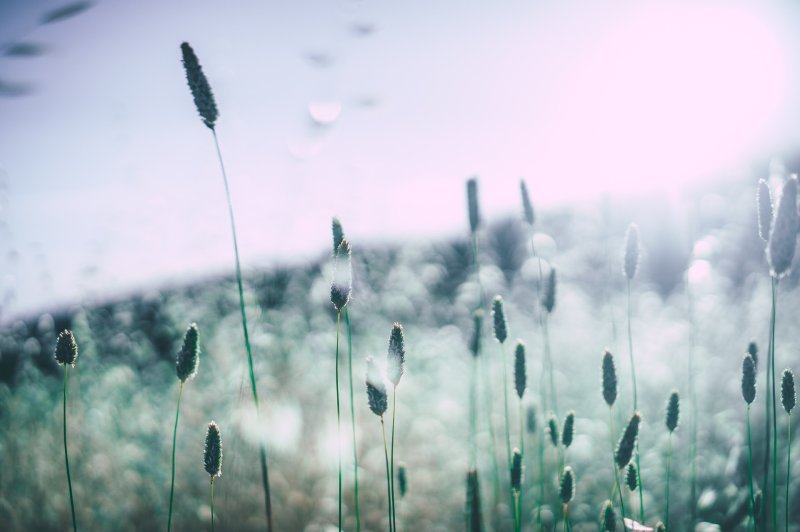 Experts say an early spring following a wet winter can result in a "pollen explosion," where the season produces stronger pollen and at higher quantities. File Photo by Pixabay/UPI

April 14 -- Pollen is making its way back into the United States as weather begins to warm up from coast to coast, and some experts say that effects from climate change are contributing to longer, harder-to-manage allergy seasons.

According to experts from the Asthma and Allergy Foundation of America, rising temperatures have led to an extended growing season in the United States, making the springtime harder than ever for the 24 million Americans who suffer from seasonal allergies.

"We see a strong link between climate change and health," Kenneth Mendez, CEO and president of AAFA, told AccuWeather.

Allergic rhinitis, or hay fever, is one of the most common allergy conditions. Some symptoms that can develop after being exposed to an allergen can include nasal congestion, coughing, clogged ears, decreased sense of smell, sore throat, dark circles or puffy eyes, fatigue, irritability and headaches.

According to AccuWeather Senior Meteorologist Alan Reppert, the Midwest and the northern Plains will likely be the hardest-hit regions in terms of tree pollen this year.

Reppert has been closely studying the weather effects on pollen counts throughout his 20 years with AccuWeather -- and he has noticed some trends that point to longer and tougher seasons due to weather changes associated with climate change.

Warmer weather has been arriving earlier in parts of the country, along with more rainfall in recent years, according to Reppert.

RELATED Think 2020 was bad? Historians say 536 was worst year ever to be alive

"We're seeing stronger winds even," he added, pointing out that high winds can spread pollen a lot farther from its point of origin than it might ordinarily travel.

An early spring following a wetter-than-normal winter can result in a "pollen explosion," where the season produces stronger pollen and at higher quantities.

From 1995 to 2011, the U.S. growing season, which is the number of days that plant growth takes place in the nation, has more than doubled from 11 days to 27 due to warmer weather.

According to Climate Central, the growing season lengthened over the past 50 years for 82 of 203 places analyzed by a study published in February. Two cities, Bend, Ore., and Reno, Nev., tied for the most remarkable extension of the growing season by an astounding 99 days. Dozens of other locations -- 36 to be exact -- experienced at least four weeks of additional growing season.

"The earlier season in the spring with tree pollen release is more intense and happens sooner, and the growing season ends much later in the fall when you [also] have ragweed and grass allergies," Mendez said.

He explained that the first frost -- that brings the potential to kill back plants that produce pollen -- has also been occurring much later in the fall, extending the back-end of the allergy season.

"That just combines for a much longer allergy season."

Many areas are beginning to see pollen they are not used to because of how far it can travel. Tree pollen, for example, is easily picked up by the wind and can travel for hundreds of miles due to its small size.

"Even on days it doesn't seem really that windy, you can still get a lot of pollen moving [in] from far away," Reppert said.

Aside from rising temperatures, Mendez said air pollution and smog are also worsening the allergy season.

"Increased carbon dioxide and ozone, which actually fuels growth for plants, really puts plant growth on steroids and therefore increases the pollen releases from those plants," he said.

The AAFA 2021 Allergy Capitals and trade report details the 100 most challenging metropolitan areas to live in for people that have seasonal allergies. According to Mendez, the list factors in pollen counts in the area, medication use and access to allergists and specialists.

Scranton, Pa., topped the list as the number one most challenging metropolitan area for people with allergies. Another Pennsylvania city, Pittsburgh, was fifth on the list.

Mendez suggests checking local pollen counts before heading outdoors. There are also oral medications and nasal sprays that consumers can purchase over-the-counter to curb their symptoms.

For people who do experience allergy symptoms each year, experts recommend visiting an allergist to understand which allergens may be provoking symptoms -- and to come up with the best strategies to combat them.

"This is looking like it's going to be a difficult year for a lot of pollen sufferers," Reppert said.

Many factors will be "hitting at once," he said.

For more information on what this year's allergy season has in store across different regions of the U.S., check AccuWeather's allergy forecast.

U.S. News // 23 hours ago
Justice Department watchdog to investigate Trump media leak hunt
June 12 (UPI) -- The inspector general of the Justice Department has opened an investigation into what led federal prosecutors to take data of House Democrats and reporters under the Trump administration.